The Chinese battery cell manufacturer Eve Energy, whose customers include BMW, is planning a new production facility with a capacity of 50 GWh per year in Chengdu. The new factory, which will also include a research institute, will be built in two phases with 20 GWh and 30 GWh respectively. 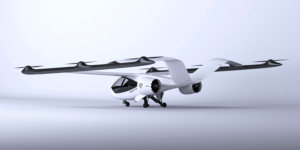 SVOLT expands with a third plant in China

The battery cell manufacturer SVOLT, which emerged from the Chinese carmaker Great Wall, wants to further expand its production capacities in China. Another cell factory is now to be built in Chengdu, which is to have a capacity of 60 GWh in the third expansion stage. 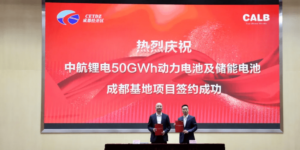 The plans of the Chinese battery manufacturer CALB to double its production capacities to 200 GWh in the near future are becoming more concrete. CALB now announces several projects to increase production in China. 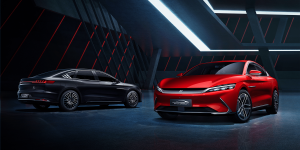 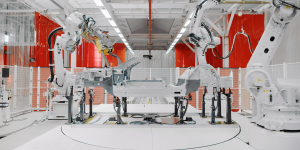 Volvo’s electric car brand Polestar registered a wholly-owned subsidiary in Shanghai on 11 March. Polestar calls its China spin-off Jixing Automobile and has tasked it with the wholesale and retail of vehicles and auto parts. 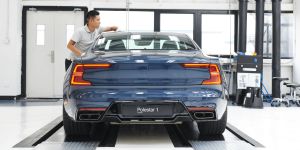 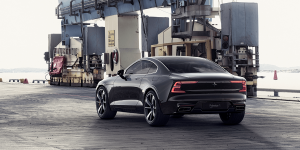 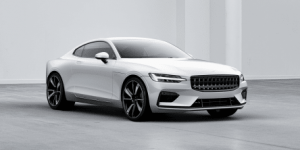 Shortly after having been established as brand for electric cars, Volvo subsidiary Polestar has kicked off construction works for its production facility in the Chinese city of Chengdu. Opening of the plant is scheduled for mid-2018.

Record incentive: 10,000 dollars to buy a Nissan Leaf is a fat incentive and offered to customers of Oklahoma Gas & Electric through two local Nissan dealerships (Fenton and Bob Howard). Add the federal tax credit and the discount grows to 17,500 dollars. Offer is valid through June 30.
normantranscript.com via insideevs.com

Open charging: Honda has opened a new charging station at its R&D facility in Offenbach, Germany. The station uses 940V technology so that up to four vehicles can charge simultaneously with different types of connectors. It sits safely under a solar carport and is open to the public.
electriccarsreport.com, electrive.net (in German)

Luxury charging: Tesla Motors has set up its first Supercharger station in South Korea at the Grand Intercontinental Hotel in Seoul. It is the first of 14 planned stations this year.
yonhapnews.co.kr

Malaysia to be electrified: An electric car sharing service will be set up in Kuala Lumpur by KL Electric Mobility. The ‘KL Electric A-gogo’ is to start with 150 electric cars while at least 3,000 charge stations are to be installed over the next two years.
paultan.org, thestar.com.my

1,000 EVS for Chengdu: Kandi has completed the sale and delivery of 1,000 electric vehicles to the leasing company ZuoZhongYou. The EVs will be used for a newly launched car-share program in the Chinese city of Chendu.
nasdaq.com

Hybrid buses in San Francisco: The San Francisco Board of Supervisors just granted 68 million dollars for the acquisition of 61 hybrid buses by New Flyer over the next six years. The contract also includes options to purchase an additional 363 hybrid buses.
sfbay.ca

Hydrogen cooperation: Sandia National Laboratories and Linde LLC have signed a Cooperative Research & Development Agreement (CRADA) to accelerate the development of hydrogen and fuel cell technology. The first projects will look into R&D for the expansion of hydrogen fuelling stations.
greencarcongress.com, bizjournals.com

Washington on the EV case: Washington Governor Jay Inslee’s plans to make the state more EV friendly (we reported) are taking shape. He is to extend tax incentives, create an EV infrastructure bank, and ask city planners to incorporate infrastructure in their planning.
greencarcongress.com

Plymouth has installed its first charge points and expects EV ownership to grow over the coming years while the council plans to add EVs to its own fleet as well. The charging stations are the beginning of a two-phase project which will see public charging opportunities pop up all over the British city.
plymouthherald.co.uk

Light and Charge: BMW has developed a streetlight named “Light and Charge”, that also serves as a charge point for EVs. It will become part of the BMW i ChargeNow network as well as Hubject’s Intercharge. BMW commissioned the first two prototypes in Munich yesterday. A city-wide pilot project where existing streetlights will be replaced with the BMW technology will follow in spring 2015.
bmwgroup.com (in German)

Sharing Kandi EV: The Chinese city of Chengdu will launch its electric carsharing scheme before the end of the year, for which carmaker Kandi Technologies will provide 1,000 of its electric vehicles.
autorentalnews.com

Charging flat rate in Japan: For 3,000 Yen per month (26 USD), Nissan customers now have unlimited access to charge points of the Japan Battery Charge Service (JBCS). The service is a cooperation between Nissan, Toyota, Mitsubishi and Honda, which plans to have installed up to 2,500 rapid chargers in Japan by March 2015.
japan.ahk.de (article in German), itmedia.co.jp (article in Japanese)

ChargePoint expands across USA: According to company figures, ChargePoint already has more than 18,700 charge points in the U.S., 8,158 are located in California. Moreover, the infrastructure provider says that it will add over 500 new charging ports every month
insideevs.com

Slough Borough Council adds 15th EV: The council, part of the My Electric Avenue smart charging trial project in the UK, has added its 15th electric vehicle to its fleet, a Nissan Leaf. The council owns eleven of the vehicles, the other four are being leased.
evfleetworld.co.uk