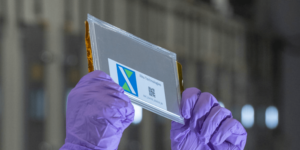 The Faraday Battery Challenge has announced its latest round of funding. A total sum of £27.6 million will go to 17 UK projects working on various battery innovations.