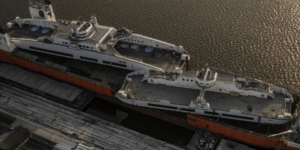 Two electric road ferries are now on their way from Damen Shipyards Galati to Lake Ontario, Canada, two years after Ontario’s Ministry of Transportation had placed the order. The Amherst Islander II and Wolfe Islander IV, 68 and 98 metres in length, respectively, represent a new generation of zero-emission large ferries.

The British Columbia Ferry Services, also known as BC Ferries, has ordered four more hybrid ferries from the Damen Shipyards Group in the Netherlands. The hybrid ferries are expected to go into service in 2022. 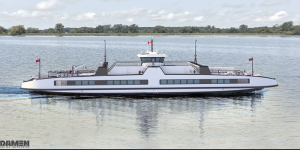 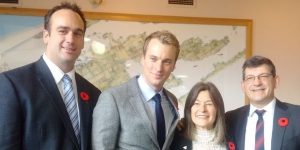 Looking into Li-ion alternatives: Toyota says it is working on an all-solid-state battery with an energy density of 400 Wh/l which could be commercialised by 2020. The Japanese are also researching Li-air batteries which could go to market by 2030 if the current issues can be resolved.
greencarcongress.com, ecs.confex.com

Change in cooling: Transport Evolved took a closer look at the production version of the Nissan e-NV200 and found a novelty: the electric van’s battery pack comes with an active cooling system. A feature which cannot yet be found in the Leaf even though both vehicles share the same capacity battery pack and identical battery cells.
transportevolved.com

The lightest electric skateboard in the world only weighs five kilos, has a top speed of 30 kph and is said to have a range of 17 kilometres. These impressive specs made the ‘Smart-Skateboard’ by Marbel an instant hit at Kickstarter. The crowdfunding campaign has easily reached its goal of 90,000 dollars and is currently standing at 285,000 dollars with another four days to go.
kickstarter.com

Hybrid tug launched: Damen Shipyards has just delivered its first hybrid vessel to the Dutch Iskes Towage & Salvage. The ‘Bernardus’ can sail fully electric at up to five knots and also utilise its batteries when at the quayside. The tug is said to save up to 40% fuel while still being able to haul up to 60 tons.
greencarcongress.com, damen.com