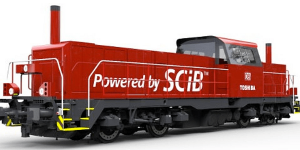 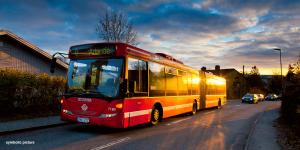 European bus operator DB Arriva has won a large contract to take over bus services that include a new electric Bus Rapid Transit (BRT) system in the Swedish city of Helsingborg. The 8 year contract followed a competitive tender.

PSA EV sharing in Madrid: Free2Move is the French answer to future mobility services and has now found an outlet in the Spanish capital together with partner Eysa. Under the name Emov, 500 Citroën C-Zero will free float in Madrid and even to the outskirts of the city.
automotiveworld.com

Testing is underway in Berlin and Leipzig where Deutsche Bahn let loose autonomous electric mini buses on employees. The Olli that serves at the EUREF campus in Berlin is build by Local Motors, while the Leipzig bus is from EasyMile. The test will enter the public sphere next year.
deutschebahn.com (in German)

Electric transport in Montreal: STM (Société de transport de Montréal) will electrify all its buses by 2025 if testing is successful. A pilot project is due to start early next year and will see three electric buses serving route 36 in the Canadian city. Passengers may get on board from spring.
mtlblog.com

DC Charging California: 70 new fast-charging points are to be installed by ChargePoint in California with the support of the California Energy Commission. They will stand along transit routes spanning both North and South California and also allow access to previously underserved areas.
chargepoint.com

Electric shopping trip: The Dubai Mall spans the equivalent of 50 football fields and so the shopping centre offers a chauffeur service with electric cars. Tired consumers can take a seat in two Peugeot iOn and be dropped off for free at their next shopping destination.
timeoutdubai.com