Tesla to open Model 3 orders in UK this May

Tesla is preparing to open the order books for the Model 3 in the UK, according to Elon Musk. In a tweet, the Tesla boss said the online order page would open “around May 1 or 2”, allowing British customers to place an order before Tesla raises the price of its latest Autopilot upgrade. 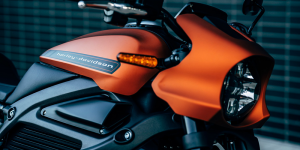 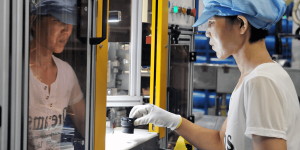 Norma Group say they secured a major order from China. The German firm will provide about 40,000 cooling systems a year from 2019 throughout 2023 to what they describe as a leading Chinese new energy vehicle maker.

For the first time, new customers who have reserved a Model 3 in the USA will be able to configure it. Until now, Tesla had only invited prior customers to set up their EV online. This indicates Model 3 production may be getting underway as planned.

Electrifying transit: King County Metro Transit in the U.S. state of Washington wants to purchase no less than 120 electric buses by 2020. It will acquire nine long-range busses from different manufactures to test the technology. With 73 e-buses ordered, California-based Proterra will get the biggest part of pie. The first eight buses will go into service this year, another 12 in 2019.
greencarcongress.com, kingcounty.gov

Record EV order: The U.S. cities of Los Angeles, San Francisco, Seattle and Portland have presented the prospect of ordering a total of 24,000 electric vehicles in the coming years. In a first part of a formal bidding, the cities have asked carmakers to provide information about what cars they could have when and at what cost.
eenews.net, sfexaminer.com

Autonomous to the next casino: Navya and Keolis have begun operating the first autonomously driving electric shuttle on U.S public roads in Las Vegas. The public can hitch a free ride during the testing phase between January 11th and 20th.
digitaljournal.com, keolisnorthamerica.com

Electric clean-up: New York Central Park Conservatory workers have traded in their petrol-powered rubbish carts for electric ones. A total of 52 of them are ready to go into service this month.
nytimes.com

New Low Emission Zones: London Mayor Sadiq Khan has announced ten new Low Emission Bus Zones, deploying the city’s hybrid and electric buses on the London’s most polluted roads to clear the air. Khan estimates that the measure will cut NOx emissions from buses along those routes by 84 percent.
london.gov.uk