Battery competition postponed: Formula E will only open its battery competition in season five and not as previously planned next year. There will be a new battery in year three and four however, but the same for every team and again developed by Williams.
autosport.com, insideevs.com

Modular battery brain: Researchers at the Fraunhofer IPA have created a power pack in which each cell has its own built-in microcontroller that records relevant physical parameters. The cells then exchange information on their condition and can also communicate with other devices. As the cells function independently, range and battery life increase.
nanowerk.com

Job shift: Tesla’s specialist for automated driving, Robert Rose, has joined Google’s robotic division. If Rose has been hired to work on the IT giant’s self-driving cars is unconfirmed. The engineer previously worked for Space X and signs responsible for much of Tesla’s Autopilot. Consequently, Elon Musk is personally looking for software engineers that will work towards full autonomy.
9to5google.com, businessinsider.de, insideevs.com (search for engineers)

A total of 6.6 million dollars goes to two projects developing manufacturing techniques for ceramic electrolytes for solid-state EV batteries. The money comes from ARPA-E that awarded 3.5m to a consortium led by the University of Michigan, and 3.1m dollars to Corning Incorporated.
greencarcongress.com 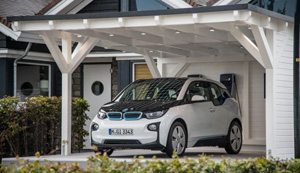 Always connected: BMW will premiere its newest feature at the consumer electronics show IFA in Berlin today. Apps from Deutsche Telekom and Samsung designed to operate functions inside a connected home can be operated directly from the BMW i3. The carmaker will also present a new BMW i Remote app for the Samsung Galaxy Gear S2 smartwatch and visitors can ‘experience’ the i3 and i8 sing a Samsung data glasses.
automotiveworld.com, bmwgroup.com

Film-based panel heater for more range: Fraunhofer IPA will show a particularly efficient heating system for electric cars at the IAA. The concept is based on a film that is coated with conductive carbon nanotubes (CNTs), radiating heat and conserving energy for longer range in winter.
greencarcongress.com, phys.org

Charging inductively: The safety-car for season two of the Formula E will feature a prototype of Qualcomm’s inductive charging technology Halo. The 7.2kW wireless charging system can fully charge the BMW i8 in one hour, while the PHEV remains ready to hit the track at all times.
electricautosport.com, trustedreviews.com (photos) 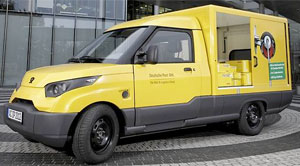 StreetScooter upgrades made easy: Siemens and StreetScooter are currently testing a new electronic and software architecture as part of the RACE project funded by the the German Ministry of Economic Affairs and Energy. The technology enables to retrofit new functionalities like electrical brakes in a plug-and-play approach. By the end of the year, the architecture will be implemented and tested in a StreetScooter delivery van.
noodls.com, projekt-race.de (project homepage)

More range through optimisation: The European OpEneR (optimal energy consumption and recovery based on a system network) project presented its solutions to increase electric range. The researchers of the project partners such as Bosch and PSA optimised the interaction of various components such as the electric motor, regen braking, navigation and the surround sensors and reached promising results.
greencarcongress.com, bosch-presse.de

Modular battery management: Fraunhofer IPA filed a patent for its concept of the “Intelligent Cell.” With that, each cell in a battery comes with an integrated circuit measuring the current state-of-charge. The modular battery management system makes costly maintenance obsolete as faulty cells can quickly be identified and replaced without having to exchange the whole battery pack.
ipa.fraunhofer.de (in German)

Tesla challenged: Chinese Qihoo 360 Technology says it has hacked the Model S, enabling them to remotely control the car’s horn or locks, even while driving. The news comes ahead of the SyScan360 Conference where organisers offer 10,000 dollars for those able to hack the Tesla (we reported). They might have a winner already…
forbes.com, transportevolved.com

Most clicked link on Thursday was the The Weeks‘s quick roundup on various reviews of the BMW i8.
theweek.co.uk