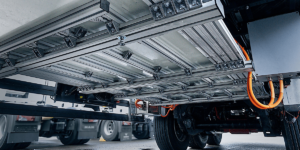 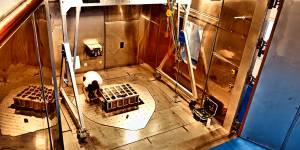 BMW looks into fuel cells: At the FVV research institute a new group led by BMW’s Dr. Merten Jung is working on future fuel cells designed to be cheaper. Through application-oriented research, the group sees potential in lowering platinum content, simulation models as well as new components. Hydrogen as well as air supply systems are further fields FVV research is looking into and Jung hopes “it will be possible in some ten years to build hydrogen fuel cell propulsion systems that do not contain much more platinum than a today’s diesel catalytic converter.”
fvv-net.de

More electric motors will roll off the GKN production lines GKN at Bruneck, Italy, where the supplier plans to increase capacity by 60 percent until 2019. Demand feeds the move and comes from OEMs like Volvo or BMW who use GKN’s eAxle system in their plug-in hybrids.
greencarcongress.com/>, gkn.com

Smarter testing: The InTeLekt project delivers first results as Fraunhofer LBF presents a new testing environment for error simulation in power modules. It shall help to develop EVs faster and mimics both electric drive and battery to test the inverter and allows to impress vibrations at the same time.
lbf.fraunhofer.de

Road legal fuel cell truck: Swiss developer ESORO received official road approval for its 35t fuel cell truck it realised for Coop. The truck has been running for thousands of testing kilometres and will now deliver chilled products to the grocer. One hydrogen filling lasts for 400 km.
esoro.ch

EV sales in the UK and France.

Multi-million funding: In its latest funding round, the UK Advanced Propulsion Centre has awarded a total of 80 million pounds to four projects. These aim to bring fuel cell range-extenders into van fleets, develop high efficiency transmissions and create the next generation of electric and hybrid buses.
apcuk.co.uk, nextgreencar.com, renewableenergyfocus.com

Tyres for hybrid SUVs: Falken is working on a new tyre for the use on plug-in hybrid SUVs. The goal is to combine both the sporty dynamics with low rolling resistance. The concept tyres had been on display on Mitsubishi’s Concept XR-PHEV II that made its debut at the 2015 Geneva Motor Show.
hybridcars.com, business-standard.com