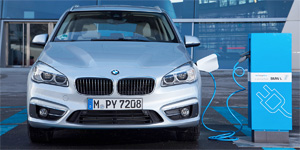 BMW to increase R&D spending: The German carmaker bets on in-house innovation and wants to increase its budget for development to account for about 6 percent of sales this year, up from 5.5% in 2016. The money is to flow into electrification, autonomy and dealing with CO2 emissions, CFO Nicolas Peter informed. If sales develop as planned, R&D spending will amount to about 5bn euros in 2017.
reuters.com, bmwblog.com

Japan increases e-mobility investments as well with Subaru being the latest to jump on board the electric train. Bloomberg suggests an EV is in the cards as it looks at increase R&D spending. The latter is a trend in Japan, where all seven carmakers including Suzuki intend to raise their stakes considerably.
bloomberg.com (Subaru), asia.nikkei.com (the big 7)

Sweden to foster EV research? The Nordic nation is considering to build a test centre for electric cars in a bid to bring manufacturers and researchers closer together. The initiative is governmental but already representatives for Volvo and Scania met this week in Gothenburg with several universities to discuss the plan. A research institute has now been tasked to study the feasibility of such a test bed.
xinhuanet.com

Low emission H2 production: Researchers from the Commonwealth Scientific and Industrial Research Organisation launched a 2-year project that aims to produce hydrogen without generating emissions at the same time. Funding stands at 2.5m USD through Toyota, Hyundai and others.
hydrogenfuelnews.com, wardsauto.com