Peugeot plugs in: The French carmaker’s plug-in range is to kick-off with the 3008 but only by 2019. Sitting on the EMP2 platform, the 3008 plug-in hybrid will be followed by pure electric versions of the 208 and 2008 at an even later date, Peugeot president Maxime Picat revealed.
autoexpress.co.uk, europe.autonews.com

Underground EV from Down Under: The Tomcar LV1 is the first EV made in Australia but designed for the mining industry. With a 100 kW electric drive train that is locally sourced from Energetique, the LV1 can be equipped with 12 – 20 kWh battery packs. Deliveries are set for early 2017.
gizmodo.com.au, businessinsider.com.au

Third TT Zero entry: Mugen is to compete on the Isle of Man again. For this year’s TT Zero race, the company presents the Shinden Go electric motorcycle that boasts a 120 kW motor but weighs only 250 kilos. A new best of 125 mph average speed is well within reach, the firm hopes.
insideevs.com 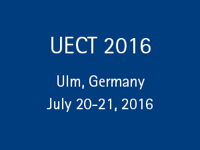 Tesla to climb Pikes Peak: A modified Model S is to compete at the Pikes Peak Hill Climb. Driver Blake Fuller, CEO of Go Puck wearable batteries, developed a new battery pack for his Model S, which is said to be 80 percent lighter as it has less capacity than the original Tesla power pack.
carscoops.com

The Solar Impulse 2 flew more than 1,000 km from Oklahoma to Ohio in 16 hours. It is the 12th stage of the solar airplane’s circumnavigation of the globe. The Swiss pioneers are en route to New York, the last stop before they will finally fly across the Atlantic.
bbc.com, usatoday.com

Carbon eMTB for $999: Californian Amiani Cycles is working on an electric mountain bike. To realise the 17-kilo carbon e-bike, the firm is looking for funding with a special offer on Indiegogo. The Kilimanjaro CF comes with a 350 W motor that is throttle-controlled and a 324 Wh battery.
einnews.com, indiegogo.com

Bentley’s plug-in hybrid: Rather sooner than expected, the Brits will present their first plug-in hybrid concept at the Beijing Auto Show. For now, the drivetrain is fitted into a Bentley Mulsanne but it will debut in the plug-in SUV in 2017. Bentley promises 50 kilometres (31 miles) electric range and 70% less carbon emissions.
autoblog.com, greencarreports.com

MLC preview: Mercedes published a first picture of the Concept Coupé to be unveiled in Beijing later this month. The car is a predecessor of the upcoming Mercedes-Benz MLC SUV which is said to be planned as plug-in hybrid and diesel-electric hybrid model too.
autoweek.com

GM means business – electric business: The company has now confirmed the 449 million dollar investments in both EV plants in Brownstone and Detroit-Hamtramck. At the same time, GM revealed plans for two new electric models but did not go into detail. This coincides with Opel’s rumoured small EV (we reported).
transportevolved.com, insideevs.com

Ryno for real: The videogame-inspired monowheel can now be ordered in the real world for 5,295 dollars. The Ryno is balanced by a gyroscope like a segway and has a top speed of about 12 mph. Its battery allows for 10 miles of fun riding.
autoblog.com

Mugen’s Shinden San: Team Mugen will enter this year’s TT Zero Challenge on the Isle of Man with a brand new electric motorcycle. The Shinden San is lighter and with 100 kW and 220 Nm also stronger than the 2013 model. The team thus hopes to finally win the race in which it has finished second twice already.
electric-vehiclenews.com, green.autoblog.com

Low cost hybrid too costly: The Yo-Mobil by Russian Onexim was supposed to be Russia’s first low-cost hybrid. However, with rising costs for development and repeated delays in production, the group has now sold the rights to the state-owned Nami institute for the symbolic price of one euro.
rt.com via thegreencarwebsite.co.uk