Chinese protectionism: China’s government will only subsidise LFP or lithium-ion-phosphate batteries adopted by Chinese companies such as BYD. That is bad news for Korean LG Chem and Samsung, whose batteries use nickel-manganese-cobalt (NCM) and who both invested in facilities in China. The government sites safety reasons for the move, as NCM batteries require more advanced packaging than most Chinese firms can handle.
koreaherald.com, koreatimes.co.kr

Fuel cell taxiing: EasyJet is to start trials with a fuel cell plane. If successful, the low-cost airline hopes to cut kerosene use by up to 35,000m dollars per year, as is would enable jets to taxi using hydrogen. The plane uses a fuel cell system fitted in the hold and was developed together with Cranfield University.
reuters.com, theguardian.com, engadget.com

Powerwall 2.0: Elon Musk announced the arrival of an updated Powerwall and says it will increase performance of the stationery storage. Apart from saying that the 2.0 version is due this summer, the Tesla CEO did not go into further detail.
gizmodo.com, treehugger.com

Flowcell update: NanoFlowcell will present a closer to production version of its Quant F sports car in Geneva together with the Quantino. The latter will also be shown in a “near standard” configuration and NanoFlowcell is considering a small-batch production run if testing is successful.
nanoflowcell.com

Quant city: NanoFlowcell plans to build a R&D centre for flow cell technology in Tenero in the Swiss canton of Ticino. Construction of the centre, named Quant City, will start at the beginning of 2016 with an expected completion date in 2018 and will create up to 200 new jobs. NanoFlowcell says it is currently also working on obtaining approval for the small series production of its Quant F.
eandt.theiet.org, nanoflowcell.com

Fuel cell motorbike: Suzuki seems to be working on a hydrogen-powered motorcycle as latest design sketches show an off-road machine with a fuel cell, motor, and hydrogen tank. Suzuki had already presented a ‘Burgman’ fuel cell scooter back in 2011.
motorcyclistonline.com

Catalyst research: A team of European scientists has developed a new method that facilitates research on fuel cell catalysts by correlating their geometric and adsorption properties. The researchers validated their approach by designing a new platinum-based catalyst for fuel cell applications.
sciencedaily.com, tum.de

EV for everyone? NanoFlowcell will reveal a pre-production version of its Quantino in Geneva. Smaller than the Quant F, the low-voltage (48V) Quantino uses four 25kW electric motors to generate around 136 hp and reach a top speed of 200 km/h. With 350 litres of ionic liquid, the 2+2-seater is said to offer a range of over 1,000 kilometres. Testing is set to begin this year.
performancedrive.com.au, nanoflowcell.com

Fuel cell future: GM and Honda are working on one common next generation fuel cell system which is scheduled for production around 2020, focusing on the reduction of costs. For one example, the team is targeting a reduction in platinum loading to about 11g, down from 30g in the current fuel cell system.
greencarcongress.com

Hydraulic hybrid debut: Lightning Hybrids showed its hydraulic hybrid system for trucks and buses for the first time in action yesterday. The system does not use batteries as the company applies a hydraulic system to the driveline to regenerate braking energy, which is stored and used for accelerating again.
greencarcongress.com

Most clicked link on Tuesday was Porsche’s all-electric 717 which can be expected in about four years time.
carmagazine.co.uk

Fire proof Li-ion batteries: Researchers from the Berkeley Lab and the University of North Carolina founded the company “Blue Current” to commercialize their non-flammable electrolytes for Li-ion batteries. Blue Current’s electrolyte is a fluorinated liquid called perfluoropolyether (PFPE) and the main challenge now is to improve its conductivity, according to the researchers.
greencarcongress.com, phys.org, newscenter.lbl.gov

Wraps off the Quant F: NanoFlowcell announced the world premiere of its Quant F for the Geneva Auto Show in March. The sports EV will supposedly have a range of 800 km and a top speed of 300 kph. Last year, the company had presented the car´s predecessor Quant E in Geneva, the first car with flow cell technology that had gotten a stamp of approval from the German TÜV technical inspection authority.
autocarpro.in, hybridcars.com, nanoflowcell.com

Safely switching gears: Panasonic Electric Works now also offers a series of high-voltage DC relays in Europe via its reseller TTI. The relays were specifically designed to be used in electric and hybrid vehicles and come in different shapes from a nominal 10A up to a maximum of 300A.
electropages.com, .theengineer.co.uk

Egoista Motors gets cash: The company has reached its crowdfunding target of 100,000 dollars, allowing it to move forward with its vehicle-registration process in Europe. Egoista is building a plug-in kit-car street racer called EM01 that is said to have a top speed of more than 180 mph and a range of 186 miles. Egoista says the car will be able to go from 0 to 60 mph in about three seconds.
autoblog.com

Most clicked link on Tuesday was the image allegedly showing the all-new Audi R8.
digitaltrends.com

DeltaWing to build EV? Usually known for its racers, DeltaWing wants to build three-wheeled electric vehicles in Georgia, supposed to come at a price of only 15,000 dollars. Designed to serve in a car sharing scheme, the EVs could also be sold. DeltaWing is not sure when the cars will be ready, as the company first has to build a manufacturing plant.
wabe.org, jalopnik.com

Peugeot Sport thinking of hybrids: The sports section of Peugeot will put its new focus on plug-in hybrid technology, PSA CEO Carlos Tavares told Auto Express. The aim is a reduction in running costs while maintaining performance. Tavares did not yet name any models to be hybridised.
autoexpress.co.uk

Updated flow-cell technology: NanoFlowcell says it is working on an advanced version of its Quant E, that will be named Quant F. The new car will be presented at the Geneva Motor Show in March next year, together with a “further surprise”.
nanoflowcell.com (R&D), nanoflowcell.com (Geneva) 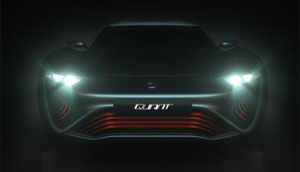