The budding British battery cell manufacturer Britishvolt has received confirmation from the British government that the company will receive funding from the Automotive Transformation Fund (ATF). However, the exact amount of the funding is not mentioned in the announcement – in January there was talk of 120 million euros. 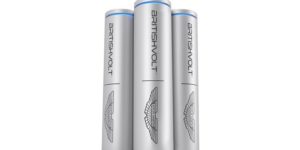 Britishvolt announced it is developing large format 4690 battery cells. The 4690 format is to be developed and prototyped at the EAS facility in Germany before being transferred to the UK for scale-up at the company’s Hams Hall facility in the Midlands ahead of large-scale production at the battery factory Northumberland. 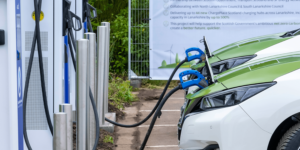 In the UK, Swarco Smart Charging and Transport North East have gone live with the 10 rapid charging points in Northern England that is targeted at the taxi and private hire market. 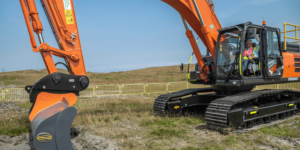 Preliminary work has begun on Britishvolt’s battery cell factory in the northern English county of Northumberland. The actual construction of the production facility is scheduled for late autumn or early winter of this year. The planning permission for the large-scale project is dated 6 July 2021.

Britishvolt will build its electric car battery factory in the north of England instead of Wales. The new announcement names Blyth, Northumberland as the chosen location, near Nissan and with connections to renewable energy.

The Northumberland County Council is being accused of wasting public funds, after it installed two charging stations on the car lot of the public library. An area they knew was about to be sold. The charging points now had to be removed. We agree they should have looked twice before picking a location – but isn’t it the thought that counts?
thejournal.co.uk

Together for Austria: Four Austrian energy providers will join their respective charging networks to offer free roaming between Vienna and Vorarlberg for their customers. Details will only be presented next week.
oekonews.at (in German)

CHAdeMO update for SLAM? The fast-charging network SLAM (we reported) which is dedicated towards the erection of about 400 CCS DC chargers at strategic locations throughout Germany might also get CHAdeMO outlets. According to electrive.com sources, the Japanese are considering to pay the extra costs on their own.
Source: own research

Nissan for Northumberland: The council of the English has added two Leafs to its fleet, which will be available to more than 1,000 employees. Because the cars proved to be very popular during trials, Northumberland Council is already thinking about adding more.
thegreencarwebsite.co.uk, fleetnews.co.uk

Tesla deal in Ohio: The Californian carmaker has reached an agreement with the Ohio Automobile Dealers Association to keep its two stores in the state open and to launch just one more. Still, the deal needs approval from Ohio state legislature and would be exclusive to Tesla.
thegreencarwebsite.co.uk

The Four Seasons Hotel Silicon Valley in Palo Alto now offers EV charging via a Blink Level II station. The station is part of their partnership with the Car Charging Group.
finanznachrichten.de