Oxford City Council has today launched the UK’s first ‘Zero Emission Zone’ (ZEZ), which will mean daily charges on drivers of all petrol and diesel vehicles as well as hybrid cars. 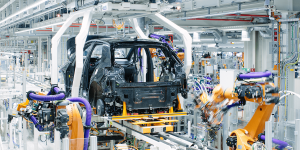 The Russian invasion of Ukraine has a devastating impact on the local population and is also affecting global supply chains. Missing parts are bringing assembly lines in Germany, the UK and the Czech Republic to a standstill.

Oxford City Council has announced a new £5000 grant for licenced drivers of Hackney Carriages or black cabs to transition to an electric vehicle. The £5,000 grant is now available as a grant contribution towards the costs of purchasing a new ultra-low emission taxi. 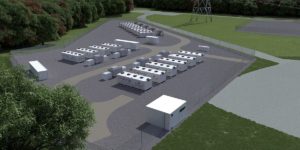 The British chemical company Johnson Matthey has opened a “Battery Technology Centre” near the English city of Oxford, which is to play a key role in the development of battery materials of the future. The new battery technology centre expands existing battery technology and testing capacities.

Oxford City Council has approved the introduction of a zero-emission zone (ZEZ) pilot, which will start in August. The city is also one of two Electric Bus City’s in the UK together with Coventry and will be the first in the UK to introduce a ZEZ. 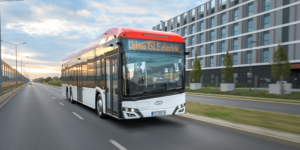 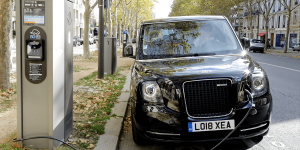 Oxford-based Savona Foodservice is the latest company to trial one of Tevva Motors range-extended electric trucks. The food supplier is the first such service to use a multi-temperature truck as part of Tevva’s Electrify initiative.

A fully retractable charging point has popped up in Oxford thanks to Urban Electric Networks. The startup, founded in 2017, aims to install 18 further ‘demonstrator’ hubs with 100 charging points for overnight charging before full commercial launch. 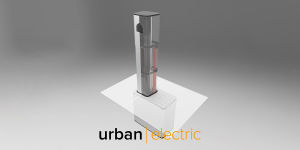 The confirmation has come that the new Mini Cooper EV is going into production, however not until November of next year at BMW’s Oxford plant. Hence, delivery will not be taking place until at least 2020.

Testing charging in public: Oxford intends to set up 100 on-street EV charging points by 2019 but wants to test at least six solutions by different providers first. Residents of the university town are asked to put their interest forward to have a charging point close to home. The trial is being funded through an 800,000 pound grant from the UK government’s ultra-low cities fund.
airqualitynews.com

Luxembourg is to get hybrid buses as Autobus de la ville de Luxembourg orders 5 from Volvo as a turn-key solution. The 7900 Electric Hybrid is a plug-in that can operate 70 percent of the time electrically. Fast-chargers for the buses come from ABB with all deliveries due by the end of 2016.
greencarcongress.com, electriccarsreport.com

Marseille turns to electric transport: The French city put its first 12 metre electric bus in service. The Irizar i2e has a 374 kWh battery pack, that offers a range of up to 155 miles and needs five hours of charging to be ready for a 14 to 16 hour shift. Marseille is also testing hybrid options.
greencarcongress.com

Fleet renewal: New Flyer is to deliver 267 hybrid and diesel buses to Connecticut’s Department of Transportation (CTDOT). The contract is worth about 122m dollars and includes an option for an additional 218 vehicles. It has not been said however, how many of the buses will be partially electric.
canadianmanufacturing.com, newflyer.com

Pilgrims’ carriage: 18,000 carts will be made available at the Grand Mosque in Saudi Arabia’s capital Abu Dhabi during the holy month of Ramadan. The fleet for worshippers includes at least 300 electric scooters and electric cars as well as special vehicles.
arabnews.com

Gas-guzzler ban? Oxford is looking to only allow electric vehicles in its city centre by 2020, thus effectively banning all petrol and diesel cars. By 2035, the proposed policy could be enforced across the whole city. Only one council member voiced his objection. The vote is due on September 8th.
oxfordtimes.co.uk

Electric travel in Japan: Nissan and the Japan Travel Bureau initiated EV sharing in the country’s rural areas. Until the end of August, 1,622 new charging stations will be installed for relaxed travel. The stations in Matsunoyama are powered by electricity from local hot springs.
greencarreports.com, nissan-global.com, youtube.com (video)

Tesla recharged: Charging a Model S in the Big Apple just became easier, as Tesla installed a dozen destination chargers with another 12 to follow. Also, Manhattan will soon see its first Supercharger. In Australia, things are moving fast with three more rapid-chargers being installed between Sydney and Melbourne.
wsj.com (New York), cnet.com (Australia)

Liberation from Lisbon: The Portuguese government is opening the market for charging stations, previously in the hands of the monopolistic consortium MOBI.E. The latter has been found “inefficient” in regards to the installation and operation of a public charging network.
theportugalnews.com