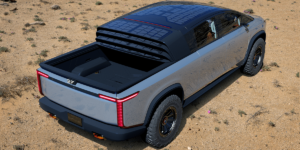 Infrastructure alliance: French utility ENGIE acquired the Dutch charging infrastructure specialist EV-Box for a yet to be disclosed price. The deal has been finalised last night, electrive.com learnt. The acquisition is likely to lead to the creation of a new heavyweight for electric mobility in Europe.
electrive.com

To defy Trump as much as fossil fuel cars 30 cities in America have formed a buyers community of sorts to shop for 10bn dollars worth of electric cars and trucks. In vehicles that may translate to about 114,000 and requests have been sent to various manufacturers to prove that demand is there. The move comes just as Trump seeks to review pollution standards the car industry opposes. The effort is coordinated by the Mayor of Los Angeles with Chicago and New York being on board too. Their call is not just for cars but for electric police cruisers, street sweepers and trash haulers.
bloomberg.com

Local diesel levy: London council Merton decided to introduce a new diesel levy of 150 pounds — up from £65. It will phase in the new levy, starting with an initial charge of £90 for a parking permit this year before increasing to £150 in 2019/20. At the same time, the price for a parking permit for electric cars has been lowered to 25 GBP.
localgov.co.uk

EV plan in Pennsylvania: Utility Duquesne Light from Pennsylvania has announced its EV plan, which includes a fleet conversion albeit only by 5% per year, education and outreach, and the addition of charging infrastructure.
ngtnews.com

BMW talks future: Only after presenting the i8 to the press, the Bavarian carmaker is already thinking about new models in the i-series like a stretched i3 or a van or even an i3 coupé. The BMW i8 might be turned into a roadster already this summer too.
automobilwoche.de (in German)

B-class ED pricing: With 41,450 dollars, the new electric Mercedes B-class will cost almost exactly the same as the BMW i3 when it comes to selected dealerships in some US states this summer. Nationwide availability is announced for early 2015.
insideevs.com

More money for Croatian super car: Rimac, known for its Concept One electric sports car is about to receive another eight million euros (11m dollars) funding from two investors. For the future, the electric car and drivetrain manufacturer is looking at building less expensive cars while it aims at selling a couple of hundred units of its G-12 electric motorcycle already this year.
transportevolved.com

The ‘real’ experience: BMW i has just started a new online campaign to promote electric driving. As part of it, the company asked 107 people to test drive the i3 while filming their experiences.
press.bmwgroup.com, thebmwi3experience.com (campaign)

Phoenix rising from the ashes? It looks like the company from California has survived its 2009 bankruptcy and is back to further develop its electric shuttle bus with 14 seats. If this e-bus will still sit on the same platform as the original concept which was based on a Ford is not yet known.
green.autoblog.com, phoenixmotorcars.com