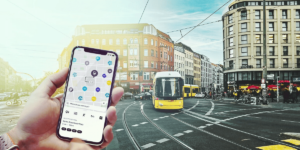 BMW and Daimler are now selling parts of their mobility-as-a-service businesses. Mobimeo, the German national rail service Deutsche Bahn subsidiary, is taking over parts of the B2B and B2G side of things, while Uber is apparently very interested in taking over the ride-hailing and micromobility-sharing service FreeNow.

Green London: London Mayor Sadiq Khan wants to more than double funds to tackle the cities air pollution problem, increasing sending to 875m pounds over the next five years. The money will be used to i.e. fund Ultra Low Emission Zones, as well as electric buses and taxis. Just a few days ago, Kahn announced all new single-deck buses purchased for the city centre after 2018 will be all-electric.
businessgreen.com

Hybrid carsharing: Toyota is trialling its carsharing scheme YUKO Toyota Car Club in Dublin (Ireland) and Forli (Italian). The fleet only features hybrid cars – namely the Prius, Yaris Hybrid and C-HR Hybrid. 15 cars are currently on the road in Dublin and seven in Forli. Other European cities are said to follow.
carscoops.com, fleeteurope.com

Hybrid bus charged on the go: The Swedish city of Södertälje has commissioned a hybrid bus from Scania. The vehicle is equipped with Bombardier’s PRIMOVE system and can be charged inductively. It is therefore also the first wirelessly charged bus line in Scandinavia.
marketwired.com

BMW finds Chinese partner: The carmaker is teaming up with Chinese real estate company CapitalLand. The goal is to install at least 100 of its ChargeNow stations in twelve cities by the end of 2017.
shanghaidaily.com

ReachNow gets electrified: The BMW carsharing scheme, which also started in Portland, Oregon, in September (we reported), now includes 30 BMW i3. Competitor car2go also offered 30 EVs back in 2012, but as since phased them out. Let’s hope, the BMWs are there to stay.
bizjournals.com

Reaching the future now: BMW debuted a new carsharing service in Seattle. ReachNow includes 370 BMW and Mini vehicles of which one fifth are electric. The app-operated car club includes a chauffeur and delivery service, while i3 or Mini owners will be able to rent out their own cars in the future. Parking is free within the city and the scheme could expand to three more cities within this year.
seattletimes.com, greencarcongress.com

Future delayed: Bolloré’s London electric carsharing is running behind schedule as negotiations with the British capital’s 33 boroughs are taking longer than expected. The company is adamant to get the same charge deal for the Source London network in all districts, even if that means a one or even two years delay. Bolloré initially planned to have 3,000 BlueCity EVs running by 2018.
reuters.com

Parking enforced on EVs: Santa Monica, California, will buy 23 electric three-wheelers for 1m dollars. The GO-4 EV trikes by Westward Industries (also used by the NYPD) are made for parking enforcement agencies and security patrols, as they are just over a metre wide and have a range of up to 75 miles. Approval of the plan will be on the city council’s agenda tomorrow.
surfsantamonica.com