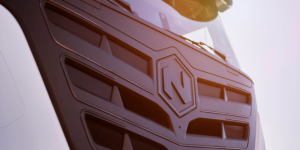 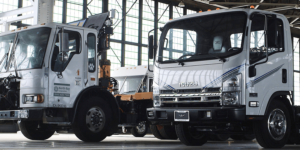 Battery manufacturer Romeo Power and converter Wrightspeed have joined forces in the USA to develop and offer conversion kits for the electrification of existing buses and medium- and heavy-duty trucks. 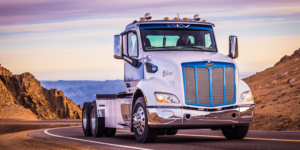 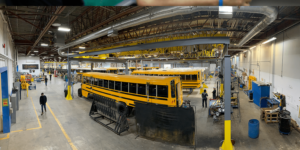 Californian battery startup Romeo Power is now going public on the US stock exchange via a merger with the investment firm RMG Acquisition. The goal is to expand the production and development of commercial vehicle batteries.

The U.S. American powertrain supplier BorgWarner announced the founding of a joint venture with Romeo Power Technology, a Californian supplier of battery modules and battery packs founded in 2015 by former SpaceX, Tesla and Samsung engineers.

Nissan and WiTricity get together but no physically bond may be between them. Their cooperation is about wireless charging, in particular the interoperability of such systems. Maybe the second gen Leaf will already charge without a plug and just leisurely roll over a platform.
electriccarsreport.com

Graphene Supercapacitor investment in Europe: Skeleton Technologies has borrowed 15m from the European investment bank (EIB). The Estonian company will use the money to fund further research as well as an electrode mass-production facility in German Dresden.
bloomberg.com

Romeo Power to expand: It looks like the EV battery offspring found the factory it wanted in Californian Vernon. With scaling up production, 200 jobs will open. Romeo Power is to expand capacity to 1 GWh in 2017 to 4 GWh in 2018 until ultimately doubling it to 8 GWh by the end of 2019.
areadevelopment.com, finance.yahoo.com

Hybrid bus system approved: Allison Transmission and Cummins have been certified by CARB. The agency approved the 2017 Allison Hybrid H 40 EP / H 50 EP hybrid propulsion systems paired with Cummins diesel engines used in transit buses and coaches. It is said to save up to 25% fuel.
greencarcongress.com

Battery factory wanted: Romeo Power is in negotiations with both Nevada and California to find a spot for its planned battery production facility. The start-up formed by former Space X and Tesla people promises powerful EV power pack competition and stationery storage. Launch is set for next year.
greencarcongress.com

137m dollars will be spend by the DoE on two new projects. SuperTruck II will award 80m dollars to cost-effective technologies that double the freight efficiency of Class 8 trucks. Another 35 projects will receive 57m dollars to come up with batteries and electric drives for cars and light trucks.
greencarcongress.com

Stronger cells: Elektrovaya and Litarion introduced the next generation Litacell with ten percent more capacity while the size remained the same. The 44 Ah cells will become available in this quarter.
greencarcongress.com

Charging evolution: Evolt will present charging equipment at Cenex. The e-Stor uses 2nd-life EV batteries to charge EVs via the 50kW Tri-Rapid charger that features ChaDeMo and CCS. The Raption 22 kW charger will be joined by the 7kW lamp post charging solution that premiers at the show.
autovolt-magazine.com

Powerful power pack competitor: Start-up Romeo Power is working with former Tesla and SpaceX employees on its own battery packs for EV and stationery uses. A first prototype has been presented under the guide of the firm’s CTO Porter Harris, formerly SpaceX and Faraday Future.
electrek.co

Apple has set up an energy company called Apple Energy, which is to sell excess electricity from its solar farms in Cupertino and Nevada – in a first step. Already the corporation has requested permission to sell to consumers directly and recently showed interest in EV charging technology.
9to5mac.com

Purely electric NSX at Pikes Peak: Honda is using this year’s hill climb to not only show its latest hybrid technology in the Acura NSX Hybrid but also entered an all-electric prototype in an NSX body. The 4-Motor EV Concept is an evolution of the CR-Z prototype but is three times more powerful.
autocar.co.uk, autoblog.com

Li-ion for forklifts: Jungheinrich is introducing lithium-ion batteries with 360 and 480 Ah respectively in its 48 Volt range. The new technology can be utilised for reach trucks and counterbalance forklifts.
mhwmagazine.co.uk