Segway just released a powerful standing electric scooter approaching 70 kph. Their GT2 delivers 3,000 watts and a range of up to 90 kilometres. However, Segway suggests the highest speed mode was only for “race tracks and private grounds” in a footnote on the product page. 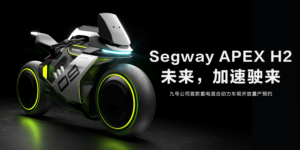 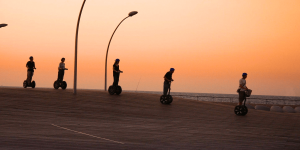 An era comes to an end: Segway ends production of its self-balancing electric stand-up scooter PT (Personal Transporter) next month in July. The Segway PT has apparently been much less commercially successful than hoped. In 2017, Segway entered the business of lighter and less expensive electric scooters. 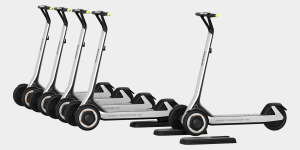 New Segway kick-scooters drive themselves back to base 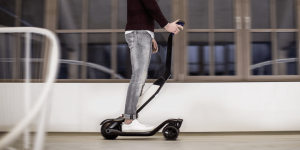 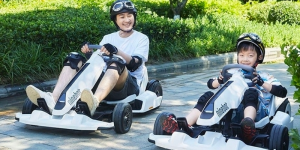 The company known for the two-wheeled electric personal vehicles favoured by tourists all over the world, has again brought an innovation to the market. This time, they plan on creating an electric go-cart, which is particularly well-equipped for drifting. 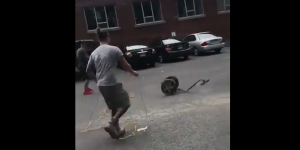 Self-balancing scooters are the new bulls it appears, at least in this video. It shows a usually gyroscopic vehicle completely off balance if not to say this electric vehicle has gone off-balance. 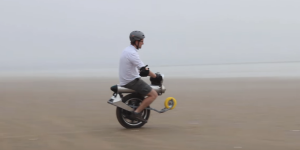 British inventor John Dingley has come up with a rather wild mix to create his self-balancing electric unicycle. It unites a Kelly boat motor and a jet intake from an old aircraft and that is not enough. 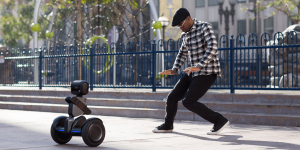 Segway that follows you

This robot you can ride and once you’re done rocking back and forth to drive around, it can follow your every step. This robot “butler” cannot cook, but has enough autonomy to make for an interesting toy.

No battery cost reductions? A study by Carnegie Mellon University found that Li-ion batteries won’t get much cheaper, even as production numbers increase. Though some costs can be shaved off by increasing cell dimensions and electrode thicknesses, economies of scale have already been reached. The DOE energy storage target of 125 dollars/kWh by 2020 seems unattainable.
greencarcongress.com

Raking in the cash: LG Chem sales will top 1 trillion won (856m dollars) this year, insiders suggest. Some even expect sales to reach 1.2 trillion won. That is a 70 percent increase in sales compared to 2015, when the company “only” made 700bn in sales.
yonhapnews.co.kr

One sensor for all: Researchers at German Ruhr-Universität Bochum (RUB) have developed new current and voltage sensor concepts for EV batteries that would make it possible to have only one of each instead of many sensors, as is currently the case. On top of that, both new sensors support the battery’s cell balancing function.
greencarcongress.com, rub.de

One-wheeler in Vegas: Segway will showcase its new single-wheel, all-electric One S1 at CES in Las Vegas in January. The “vehicle” weighs just 11.3 kilos and is fitted with two 150 Wh lithium-ion batteries that allow for a range of around 24 km at a top speed of 20 kph. The One S1 can already be pre-ordered on Amazon.
greencarcongress.com

Tesla Q3 earnings report: A total of 11,603 Tesla were delivered in Q3, more than previously expected. Still, compared to the same period last year, losses rose from 75m to 230m dollars, mainly due to the introduction of the Model X and development of the Model X. Shareholders still see the EV pioneer profiting from the VW scandal down the line, and shares continued to rise. Tesla also introduced a CFO: Jason Wheeler, who previously worked for Google.
ibtimes.com; bloomberg.com

New allegations against VW: The EPA now accuses the German carmaker to have also manipulated its 3-litre diesel engines. That means some Porsche would have also been equipped with defeat devices to lower emissions during testing, while former Porsche boss Matthias Müller is in now charge of restructuring Volkswagen. VW denies those allegations, but admitted that some 800,000 cars may have reported abnormal CO2-emissions, including petrol-powered ones.
forbes.com, greencarcongress.com, europe.autonews.com (CO2)

Golf with mild hybrid: The next generation VW Golf scheduled for 2016 will feature a 48 volt petrol hybrid system. In terms of pricing, the new Golf will be almost on par with diesel models, a much needed move in the face of the current scandal. The information was gathered by Autocar citing inside sources.
autocar.co.uk

Audi Q7 e-tron pricing: German buyers have to be prepared to pay at least 80,500 euros for the Audi Q7 e-tron 3.0 TDI quattro, due to arrive at dealerships in spring 2016. The plug-in hybrid couples a 258-hp diesel engine with a 94-kW electric drive. The 17.3-kWh battery allows for 56 km of electric driving.
audi-mediacenter.com

Ioniq named Prius-fighter: Hyundai is gearing up to introduce a vehicle to take on the Toyota bestseller. The name “Ioniq” was registered in June and “slipped from of one of our sources familiar with Hyundai’s future product plans,” Auto Guide reports. The dedicated hybrid will be launched by March next year (we reported).
autoguide.com

Mini Segway: Segway will offer a new self-balancing model from December in Europe. The Ninebot Mini Pro reaches up to 18 kph and can even drive without a rider – controlled only by a smartphone. It delivers 800 watt, has a range of 33 km, and will sell for 1,400 euros.
cnet.com

Walking was so yesterday!

The Netherland-designed Oxboard might be the new way to go (or roll). The lightweight Segway-style device has no handlebars, letting its rider float effortlessly to wherever he or she wants to go. Sounds like a blast, but is it worth the hefty price tag?
awesomeinventions.com, 24oranges.nl 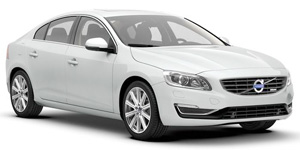 New hybrid Volvo: The Swedish brand presents its Volvo S60L T6 Twin Engine at the Auto Shanghai. The plug-in hybrid delivers 306 hp and is destined for the Chinese market, where it will go on sale already next week. Volvo plans to introduce two new plug-in hybrids every year.
autocarpro.in, greencarcongress.com

GM price cut I: Chevrolet gives its Spark EV a price drop to 25,995 dollars, 1,500 less than before. Someone eligible for all incentives, including a cash bonus by GM can thus get the Spark EV for 14,995 dollars. Leasing now starts at 139 dollars a month.
autoblog.com, insideevs.com

GM price cut II: Cadillac has issued information on its 2016 ELR. The range extended luxury EV is to come with 25 percent more power while the price will fall by 9,000 dollars to 65,995 USD for the 2016 Cadillac ELR, excl. incentives.
autoblog.com, insideevs.com

Toyota uses the Earth Day 2015 celebrations to showcase its fuel cell Mirai in the States. 15 years ago, the same promotion marked the start of the Prius. The Mirai will make appearances in Washington DC, New York and Los Angeles. Sales are to start in California later this year.
hybridcars.com, electriccarsreport.com

Self-balancing market: Segway has been bought by Beijing start-up Ninebot, the very same company the US makers of the gyroscopic two-wheelers had accused of patent infringement just a few months ago. Both brands will continue to operate under their existing names.
bbc.com, cnet.com

Superleggera Vision: Mini together with Milanese coachbuilder Touring Superleggera has created an electric open-top retro roadster. The two-seat Mini concept debuted at the Concorso d’Eleganza, Italy last weekend. Its electric drivetrain is still a secret but believed to be based on the BMW i3 drive.
autoweek.com, electriccarsreport.com

Police Segway: The SE-3 Patroller is a stand-in tricycle specifically designed for police and security patrols. The three-wheel and extra high Segway comes with independent direct rear wheel drive, can travel in reverse and has a small turning radius. A top speed has not been revealed yet. The company hopes its 12,000 dollar EV will soon replace patrol cars at airports.
dailymail.co.uk

Fuel cell range extender: SILENT-F is a direct methanol fuel cell (DMFC) hybrid system developed in a joint project of Forschungszentrum Jülich and the FH Aachen University of Applied Sciences. The DMFC is set up as range extender for EVs and is much quieter than conventional REX systems. A test vehicle has just recently been launched.
fz-juelich.de

Nissan’s challenger for WEC: The Japanese car maker confirmed it would take part in the World Endurance Championship in Le Mans in 2015. The new GT-R LM Nismo will not be just “another hybrid” but “a little bit different,” Nissan vice-president Andy Palmer declared but did not go into further detail.
electric-vehiclenews.com