City Hall and TfL this week announced the release of land for 100 new ultra-rapid public charging points on London roads. The first 25 of these will be put out to tender on 30 November, and 75 more will follow by late April next year, aiming for all 100 to be operational by the end […] 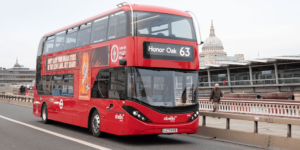 In the UK, electric bus manufacturer BYD-ADL has supplied 29 BYD ADL Enviro400EV to Abellio London for use on Transport for London (TfL) route 63 between King’s Cross and Honor Oak. 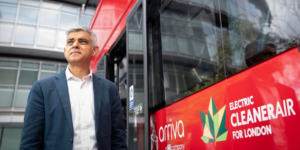 London to only procure zero-emission buses 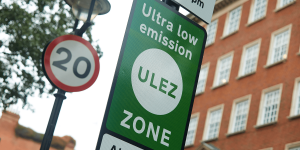 London is suspending all road tolls from today to ensure that all employees in “critical professions” can move freely in the face of the coronavirus pandemic and amidst resulting tube suspensions. The city will not enforce the congestion charge and ULEZ until further notice.

Zenobe is collaborating with Abellio, a bus operator for Transport for London, to launch 34 electric buses in the British capital by March 2020. The firm’s own EV fund is supporting the roll-out with Zenobe owning and handling the batteries.

Sadiq Khan, the Mayor of London, has announced plans to invest an extra £24m to help more black cab drivers switch to electric vehicles. The plans will more than double the TfL’s existing £18m fund. Additionally, grants will be restructured to provide more payments at higher levels.

New era of fast charging: ChargePoint announced the next generation of its DC fast-chargers at the CES earlier this month. The so-called ChargePoint Express Plus is to deliver up to 400 kW per outlet and should already be available from July of this year.
insideevs.com, electrek.co, forbes.com

Supercharger gets V3 upgrade: Elon Musk also had some news about the next generation of charging infrastructure. The Supercharger network is getting an upgrade – and according to a Twitter conversation, will then be able to deliver more than 350 kW. Musk joked that “a mere 350 kW” would be for “a children’s toy.”
electrek.co, insideevs.com

Electric transport for London: Chinese BYD and its UK partner Alexander Dennis have received an order for 14 of its Enviro200 electric buses from Transport for London. The EVs will be used on line 360 in the British capital. As part of the deal, BYD will also install 14 charging stations.
transportengineer.org.uk, ejinsight.com

Mega-charger: The Chinese port city of Tianjin has commissioned 500 electric buses from BYD, as well as installed a charging station where 80 electric buses can plug in at the same time. In total, 448 e-buses can fill up there daily.
ecns.cn

Model S inductive charging: Plugless Power now officially added a wireless charging solution for the Tesla Model S to its portfolio. It delivers 7.2 kW. The company already offers inductive charging technology for the Nissan Leaf and Chevrolet Volt. A video and picture gallery show off the new addition.
insideevs.com (with photos and videos)

All-inclusive home charging: ChargePoint has announced a new service for home chargers, including the installation and servicing of the station. Customers will only pay a monthly fee and can choose to cancel the offer at any time. They can even purchase their energy using their ChargePoint account.
electriccarsreport.com

EVs mean big savings: If all fleet managers in Britain would switch their diesel commercial vehicles for electric ones, they could safe a total of 2.6 billion pounds in fuel costs, according to recent research from the UK government-funded green transport campaign Go Ultra Low.
contracthireandleasing.com, fleetpoint.org

TfL adds H2: Transport for London has added two Hyundai ix35 Fuel Cell to its fleet, which will be used by the group’s bus operational management team to i.e. check bus route diversions. This comes after the country announced that it will invest 6.6 million pounds in H2 infrastructure
evfleetworld.co.uk