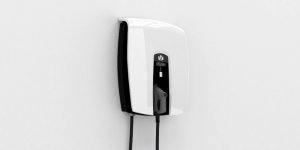 Another five major British companies joined The Climate Group’s global electric vehicles initiative EV100. The new members include OVO, Rentokil Initial, Tusker, Tarmac and Drover, who have committed to electrifying their fleets by 2030.

Opportunity charging: The Clean City Alliance (CCA) has just been launched by the Schunk Group, Heliox and Alliander Mobility Services. It is set to speed up the electrification of public transport by replacing diesel with electric buses and investing into fast charging infrastructure. CAC will further work with public transport authorities as well as manufacturers in all of Europe.
cleancityalliance.nl

Smart city of Vienna: The mayor of the Austrian capital presented the Smart City Wien framework. If confirmed by the municipal council in June, the plan could help to halve the number of cars on Vienna’s streets by 2030. By 2050, only vehicles with alternative drives would be allowed to enter the inner city.
Link (in German), smartcity.wien.at (the initiative’s website

Leading by example: All top executives of British Tusker are now driving electrically. Three of four directors chose the BMW i3, one a Nissan Leaf. The company also installed four charging points at its new office in Hertfordshire.
fleetnews.co.uk

A new H2 station opened in southern California: The latest addition to the cluster stands at California State University’s Hydrogen Research and Fueling Facility, which is not too far from Los Angeles. Nine out of a total of eleven H2 stations are clustered in the south of the Sunshine State.
green.autoblog.com, greencarreports.com

Hydrogen for Hamburg: The German city’s minister of finance, Frank Horch, expressed strong interest in making Hamburg a hub for fuel cell technology at a meeting with Toyota’s Katsuhiko “H2” Hirose. Before, Horch had written a letter to the Japanese carmaker suggesting a fleet of 200 H2 cabs. Hamburg currently features three hydrogen fueling stations with another two scheduled for this year.
abendblatt.de (in German)

Nissan Leaf goes Bhutan: Prime minister Tshering Tobgay now officially teamed up with Nissan CEO Carlos Ghosn. The Japanese carmaker is supposed to deliver “thousands” of Leafs as cabs and for public fleets together with the infrastructure.
greencarreports.com, green.autoblog.com (with video)

EV salary sacrifice works: Since leasing company Tusker included electric cars into its ‘SalarySacrifice4Cars’ (SS4C) scheme three months ago its customer base has grown by 250%. The strong growth is partly due to the introduction of the BMW i3 but also because Tusker has been promoting EVs for some time now and encouraged their employees with four chargers at their Hertfordshire office.
fleetnews.co.uk