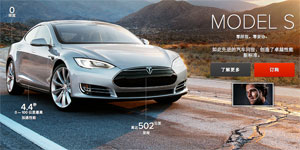 Tesla goes China: Veronica Wu, vice president of Tesla in China, told Reuters in an interview about Tesla’s big plans for China. Tesla aims to open shops in 10-12 Chinese cities by the end of this year. By 2015 the production for China could be on level with the number of cars made for the U.S. and eventually requiring a local plant, Elon Musk said. Thanks to a recent court decision, the electric carmaker now owns the rights to operate under its name “Te Si La”.
reuters.com (China plans), greencarreports.com (Te Si La), bloomberg.com (Production)

German EV incentives: Minister for transport, Alexander Dobrindt, announced plans for a new law to promote the advent of EVs in Germany. Free parking and the use of bus lanes are some of the proposed measures. Dobrindt made it clear though that he is not planning on spending any extra money and establishing buying incentives.
wiwo.de (In German)

Brammo for the UK: GoinGreen is now the official distributor for Brammo electric motorbikes in the UK. The subsidiary of Green Automotive Company (GAC) has a wide range of electric vehicles on offer and sells famous models such as the G-Wiz from India and the French Mia.
hybridcars.com

BYD electric van: What almost looks like Nissan’s NV200, is the latest van from BYD. In the past, the Chinese carmaker has not been very successful with its MPVs but the new M3 could become a bestseller. It could either get the Qin hybrid drivetrain or the electric drive from the E6, Chinese media are reporting.
chinacartimes.com

More ‘waku-doki’: By order of Toyota’s president, Akio Toyoda, the next models of the Camry and Prius will get a more “heart-racing” design. Engineers and designers are trying to realise a “more emotional, more impactful design,” without jeopardising the market leaderships of the two models.
driving.ca, green.autoblog.com