Gigafactory partners: Tesla’s J.B. Straubel told The Wall Street Journal that Panasonic will be the exclusive battery manufacturer to work with Tesla on its Gigafactory site, but that other partners will also be involved in the project. Tesla will cut the cost of its batteries by 30%, not only by saving during the manufacturing process, but by improvements on several fields such as logistics, administration and sourcing of row materials.
online.wsj.com 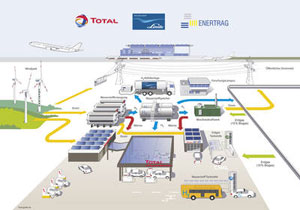 Multi-energy fuelling station: The Green Hydrogen Hub (H2BER) in Berlin is a demonstration project designed to produce hydrogen from a surplus of wind and solar power using a McPhy electrolyser. The gas will be used to power buses and cars, a combined heat-power plant and will be supplied to industrial clients.
greencarcongress.com

High-tech for Le Mans: The Porsche 919 Hybrid is the most complex racing car the carmaker has ever built. With the 24 hours of Le Mans approaching fast, why not catch up on the technical details of this hybrid race car?
motorsport.com

The dream of flying electrically is becoming more and more reality. The E-Fan from Airbus had one of its first public appearances at the ILA Berlin Air Show last weekend. The electric airplane is designed for pilot training and has a range of about one hour. Airbus’ ultimate goal is a 70- to 80-person hybrid-electric jet with a range of three hours to be developed by the year 2050.
scientificamerican.com, designnews.com

Molten-air battery for EVs: Researchers from the George Washington University have developed a lower-temperature iron molten air battery, a new version of a technology they presented back in 2013. This new version being more apt for the use in electric vehicles. A molten air battery is said to have 45 times the storage capacity of a Li-ion battery.
greencarcongress.com