The Chrystal is Siemens’ showcase smart building located in London’s recently transformed Docklands. It was here that the Ecosummit conference brought together clean tech start-ups, investors and corporations to forecast future challenges and pitch their solutions. While much of the discussions revolved around renewable energy and how to distribute it smartly, the future of transport was on the agenda, too, and is naturally electric. From London, Nora Manthey reports on the five start-ups to look out for.

Founded in 2009, this Estonian company makes ultra capacitors said to be cheaper, smaller and more efficient than those of the competition, by using an inorganic carbon material – which one that is, remains a trade secret for now. With R&D completed, Skeleton is ready for scaling up production and plans to build a highly automated factory in the German city of Radeburg. In vehicles, the ‘SkelCaps’ are “complementary to batteries,” CEO Taavi Madiberk explains, since they recapture energy from breaking, and serve in KERS and start-stop systems. Audi as well as super car manufacturers have already shown interest, says Madiberk.
skeletontech.com 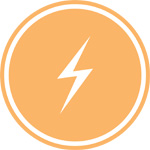 This Berlin-based start-up has become a regular on electrive. PlugSurfing published its app in 2013, listing charge point locations from multiple providers in one application. Carmakers use the data in their telematic systems. Earlier this year, PlugSurfing introduced its payment function with that EV drivers can charge at any participating station and pay directly by credit card, while the company deals with the different providers afterwards. By no later than 2016, PlugSurfing plans on going global. For now, it is expanding across European markets, starting with the Netherlands.
plugsurfing.com

Vantage Power CEO Alexander Schey is eyeing a very specific market – London’s iconic double-decker buses. The venture has developed a hybrid retrofit system, the B320, which is said to reduce fuel consumption by up to 40 per cent. It is currently being tested on the road and Vantage Power partners with Ensign, a dealer for used buses. Vantage Power plans to offer a financing model with monthly instalments over a three-year payback period that might make all the difference for bus operators.
vantage-power.com 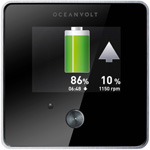 The Finnish start-up offers electric propulsion for sailboats, giving them what CEO Timo Jaakola calls “Silent Electric Autonomy” (SEA). The system is indeed autonomous and functions as a generator while sailing. When the wind is not blowing, the energy collected is sufficient to propel the boat forward and power all on-board appliances. There are 65 systems already in use for boats up to 50 feet long. Oceanvolt sells these directly, as well as through distributors. Moreover, the company is looking for a manufacturing partner, as it is working on a SEA system for bigger boats.
oceanvolt.com

(soon to be renamed)

Another hybrid retrofit for a price conscious market comes from Teva Motors, specialised in conversion of vans. The medium-duty trucks are first and foremost “work horses,” as CEO Asher Bennett puts it, and have thus to be ever-ready. Teva’s answer is the ‘Predictive Range Extender Management System’ that “predicts” a day’s energy usage and decides at what times to use the range extender. The cloud-based system is self-learning. Currently, the company is in the prototyping stage, with a first test van to take to the streets already this year.
tevamotors.com