Will the BMW i5 be a hybrid? According to the German Auto Bild, the third member of the i-brand family will most likely be a plug-in hybrid combining a 218 hp petrol engine and two electric motors with 110 kW and 200 kW and allowing for an all-electric distance of 125 km.
bmwblog.com

Fiat 500e call-back: 5,660 Fiat 500e from the model years 2013 to 2015 have been recalled, due to “incompatible software” between the vehicle’s control unit and battery pack control module. The car could shut down completely when power is low, instead of limiting power to the drivetrain to “limp home.”
electriccarsreport.com, transportevolved.com, insideevs.com

Toyota displays Mirai: The carmaker will open its first showroom for the fuel-cell vehicle in Tokyo on Friday, where the car can also be test driven. Moreover, Toyota will use the location to show videos and other media to present the advantages of fuel-cell technology.
electriccarsreport.com, greencarcongress.com 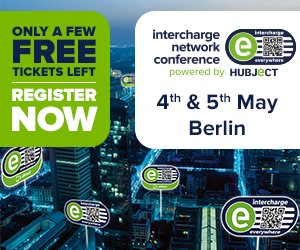 EV of the future: The Fraunhofer innovation cluster REM 2030 is currently showing an electric vehicle demonstrator at the Hanover Trade Fair, featuring the cluster´s newly developed components. These are a permanent magnet synchronous motor with single-tooth winding, a manual gearbox, a Li-ion battery, and a methanol fuel-cell as a range extender.
isi.fraunhofer.de

Canada gets sparked: Chevrolet announced that it will offer the 2016 model of its Spark EV to retail customers in Canada. For the past two years, the electric car had only been available to fleets in Quebec, Ontario and British Columbia. Pricing has not been announced yet.
hybridcars.com, electriccarsreport.com, insideevs.com

Lexus ES facelift: Three years after its launch, an updated ES version is said to be unveiled at the Auto Shanghai next week. The changes are cosmetic only, “conveying a more dynamic experience.” A hybrid variant powered by a 2.5-liter Atkinson-cycle hybrid with a 200 hp output will still be available.
indianautosblog.com

Behind the wheel of a Formula E racer, Porsche 918 Spyder.