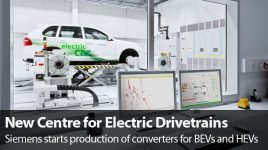 Siemens is finally back in business as automotive supplier and will concentrate the development and production of inverters for hybrid and electric cars in the German city of Erlangen. The international headquarters of the Siemens business division “eCar Powertrain Systems” is also located there. Our editor Stefan Köller had a look around during the official opening this week. 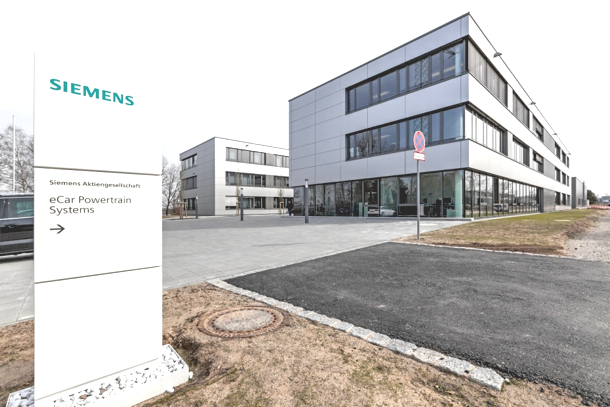 Siemens has invested tens of millions of euros in the new site in Erlangen. The 2,500 square meter facility will be the heart of development, testing and serial production of converters for electric and hybrid cars. Following the production start of electric motors in Bad Neustadt in September of last year, Siemens says it can now equip tens of thousands of vehicles a year with electric powertrains. The first big customer is Volvo, who relies on Siemens technology for the plug-in variant of its XC90 flagship SUV. 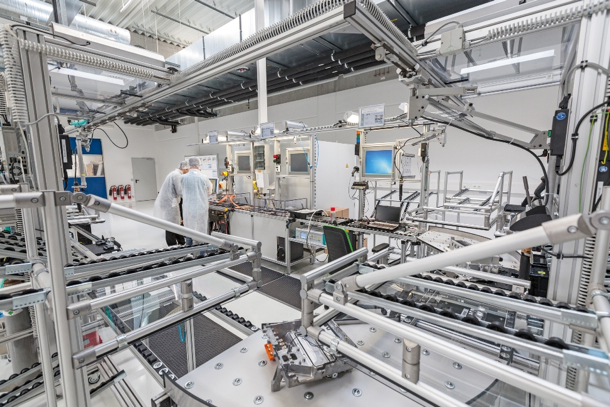 The new location in Erlangen offers space for about 400 employees and features a scalable production line and testing facilities for converters, as well as test environments for electric motors and electro-magnetic compatibility. There is also a vehicle test bench which can inspect electric and hybrid vehicles with a power output of up to 170 kW and 2,500 Nm per wheel. The development of inductive charging technology, which will also be concentrated in Erlangen, is still in the fledgling stage.

In the meantime, Siemens is already planning on expanding into the Chinese market with its electric drivetrains. It already joint forces with the Chinese company BAIC and the joint venture “Beijing Siemens Automotive E-Drive System Co. Ltd. Changzhou” is preparing serial production of electrified drives this year already, hoping to produce more than 100,000 units per year by 2020. 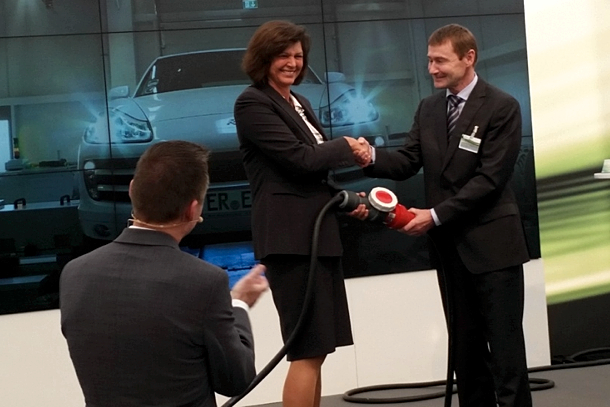 What moved Siemens to invest such high sums to become a future supplier of e-drives, even though sales figures of electric cars still remain well short of expectations? Jörg Grotendorst, CEO of eCar Powertrain Systems, says the group believes in the future of electric mobility in the passenger car sector and hopes to send “a clear signal” with its investments. Bavarian Economics Minister Ilse Aigner even described electric mobility a “mega subject” during the inauguration of the new facility in Erlangen.

Bavaria’s Transport Minister Joachim Herrmann was also on-site, giving more specifics on what the state government intends to do to increase EV sales – it will push the development of public charging infrastructure as many Bavarian government agencies will be provided with charge points. Hermann says a concept will be presented next month. Moreover, the installation of rapid-chargers at about 400 motorway services areas across Germany will pick up massively “within the next 12 months.” Siemens and its employees certainly welcomed the news.