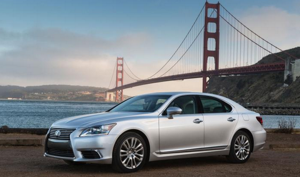 Lexus LS details: Ahead of the Tokyo Motor Show, Toyota’s premium subsidiary confirmed the attendance of the next-gen Lexus LS. Sources close to the company hint at a hybrid V8 system with allegedly 535 hp (399 kW). Furthermore, a fuel cell variant is rumoured for 2017 with an even bigger power pack than the Mirai’s.
worldcarfans.com, digitaltrends.com

Audi Q6 details: German AutoBild published new renderings and information on Audi’s Tesla-fighter Q6 e-tron. The long range battery will be supplied by LG Chem at sizes between 90-95 kWh. The company aims at an annual output of 45,000 units at a price of around 65,000 euros.
autobild.de (in German)

Ford fighter: Volvo and Geely are setting up the new China Euro Vehicle Technology (CEVT) operation in Swedish Gothenburg to develop “future C-segment cars” to the likes of Ford Focus. The CEVT facility is designed to create a whole vehicle, including the platform and powertrains.
autocar.co.uk

Out of service: Tesla VP of Service, Jerome Guillen, is taking a leave of absence until the end of the year and just before the introduction of the Model X. Reasons for his unexpected sabbatical were neither given by the company nor was he himself available to comment.
bloomberg.com

The future has come to Europe, as the first five Toyota Mirai arrive on the continent. Sales will start in September in Great Britain, Denmark and Germany. The Japanese carmaker is aiming at annual sales of 50-100 units in 2015 and 2016.
greencarcongress.com