Leaf recall: Nissan’s electric model experiences brake problems in extremely cold weather, so the company is ordering 46,859 EVs back to the garages in the U.S. Leafs manufactured between 2013 and 2015 need reprogramming of the electronic brake booster. While the brakes may work at temperatures below zero, it will currently takes a lot more effort.
electriccarsreport.com, insideevs.com, usatoday.com

Faraday secures facility: The EV manufacturer agreed to issue a 75m dollar surety bond, as asked for by the state of Nevada. The deposit will be bolstered up by another 13m dollars into escrow accounts and serves to secure tax incentives offered for investing in the plant to be built in North Las Vegas.
autoblog.com, greencarreports.com

Chinese EV plant in Korea: 50,000 electric cars will roll off production lines at Jiu Long’s planned facility by 2020. The factory will be located in the Korean city of Gwangju and the Chinese carmaker plans to invest 250bn won.
world.kbs.co.kr 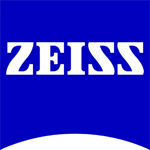 — Text Ad —
Beyond electrochemical lithium ion battery analysis. Only ZEISS offers this advanced combination of a non-destructive 3D analysis with the chemical investigation of features below the surface.
Multi-scale Characterization of Lithium Ion Battery

BYD electric coach for Europe: The Chinese EV maker presented its first electric coach in Paris. The new model has a given range of 200 km and takes 2.5 hours to charge. France will be the first market for the electric bus suitable for shuttle and sightseeing duties.
automotiveworld.com, just-auto.com (paid content)

Di Grassi disqualified: Lucas di Grassi was the first to cross the finish line for Team Abt at the ePrix in Mexico, but was later disqualified because his electric racer was too light. Subsequently, Jerome D’Ambrosio of Team Dragon moved from second to first place, followed by Sebastien Buemi and Nico Prost.
electricautosport.com, electriccarsreport.com, youtube.com (highlights)

Highlander Hybrid update: Toyota launched the 2017 version of its grand SUV at the New York Motor Show. The updated model will get a stronger engine and will also be offered as a hybrid variant, again.
carscoops.com, greencarcongress.com, worldcarfans.com