European battery production: Both Samsung SDI and LG Chem plan to secure EV battery cell production facilities in Eastern Europe. While Samsung is to re-utilise an existing facility close to Budapest, Hungary, LG Chem is already negotiating to buy a site in Polish Wroclaw. The Korean companies’ expansion is driven by increasing demand for electric vehicles in Europe.
pulsenews.co.kr 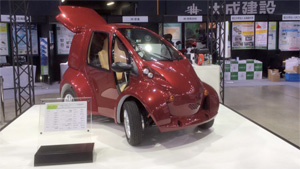 Extra cool EV: Japanese researchers from eight companies are working on an electric car made for wintry weather on the island of Hokkaido. The first one-person prototype features AWD that kicks in automatically if the EV loses traction as well as extra insulation of the interior.
japantimes.co.jp, autoblog.com

Non-flammable battery: Chinese Microvast presents an electrolyte designed to better protect Li-ion batteries from catching fire. The technology includes a new separator too as the company says its approach includes the system as well as the material level.
prnewswire.com

Renault-Samsung has bigger Plans in Korea.