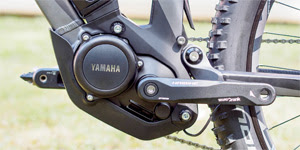 eMTB motor by Yamaha: The PW-X e-bike drive is specifically designed for electric mountain bikes. Based on the 2016 PW, the new system is lighter, smaller, and features a 500 Wh battery plus an additional power mode. The HMI as seen in a Haibike is neater with the display integrated into the stem.
fullycharged.com

Tough love: Consumer Reports is asking Tesla to disable hands-free operation of the Autopilot and to come up with a new name. The organisation deems the feature dangerous and its branding misleading. Tesla denies that but vows to improve both functionality as well as consumer education.
consumerreports.org, electriccarsreport.com, insideevs.com

More range for i3: BMW now offers a battery upgrade for its electric car. In Germany, the new power pack with 33.2 kWh (94 Ah cells) will cost owners 7,000 euros when turning in the old pack. While it will hit in other European markets like the UK, it is not scheduled to come to the States.
insideevs.com

BMW i3 first drive: Despite being a veteran automotive journalist, it was Arthur St. Antoine’s first time in a BMW i3. Not a virgin to electric rides – Antoine is an i8 fan – the i3 REx “pulverised” his expectations. After one week with the crude cutie, he concludes the i3 to be “a total charmer.”
automobilemag.com