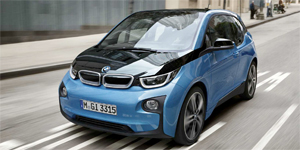 100,000 BMWi sold: Three years after launching the i-series, BMW has sold more than 100,000 electric and plug-in hybrid models worldwide. The BMW i3 sold 60,000 times, with the i8 billing another 10,000. The remaining 30,000 PHEV were sold via the iPerformance label.
greencarcongress.com, bmwgroup.com

8,000-dollar EV for China: Renault-Nissan CEO Carlos Ghosn plans to tackle the Chinese market with an ultra-low priced EV. 8,000 dollars without incentives would redefine the idea of a low-cost or competitively priced electric car and would indeed “change the game,” as he put it.
autonews.com

Rimac is serious about its “Automobili” and intends to build a facility to serially produce electric cars, as well as batteries. Details remain scarce, as the Croatians are in the middle of a new round of financing and will wait until its completion to make further announcements.
poslovni.hr (in Croatian) via total-croatia-news.com

Daimler distributes its stationery batteries in the U.S. through Mercedes-Benz Energy Americas. The new firm is to develop and sell energy storage units for both households as well as industrial appliances and will offer first products in the U.S. from spring 2017.
greencarcongress.com, solarnovus.com, daimler.com

Green car sales in the U.S.