Inductive charging on the go: The Colorado Department of Transportation and private Partners want to fit highway segments and the trucks with a coil transmission and reception system, essentially allowing for wireless charging while driving. Construction could begin as early as 2018.
truckinginfo.com 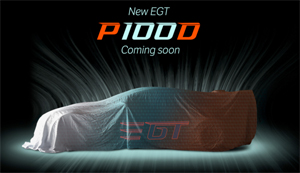 Model S on the tracks: The world’s first electric GT racing series announced that its electric racer called V2.0 Car will in fact be a Tesla Model S P100D. It gives the series quite a power upgrade, as previous developments were based on the Model S P85 with rear-wheel drive.
endurance-info.com

BorgWarner will supply its turbocharging technology for hybrid cars from BYD, namely the 1.5 and 2.0-litre direct injection petrol engines in the Qin, Yuan, Tang and Song. The water-cooled technology is said to improve fuel economy and reduce emissions.
borgwarner.com

Electric world climb record: Siemens’ plane Extra 330LE set a new record for time to climb, reaching a 3,000 metre altitude in just four minutes and 22 seconds. The plane’s electric drivetrain weighs just 50 kilos and has an output of 260 kW. Siemens expects first electrically powered passenger airplanes with a range of up to 1,000 km to take over the sky from 2030.
siemens.com