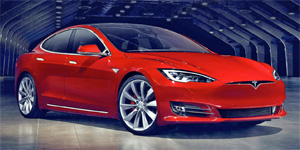 Cheaper upgrade: The over-the-air upgrade of a Tesla Model S 60 to Model S 75 just got 2,000 dollars cheaper. Some drivers reported being offered the upgrade for now 7,000 instead of 9,000 dollars, though it remains unclear whether the price will be the same for all. Just a few months ago, Tesla upped the price of its base version by 2,000 dollars, presumably to make the upgrade more attractive.
insideevs.com, autoblog.com, electrek.co

Hyundai’s electrification plans: The carmaker’s luxury brand Genesis will launch three electric models by 2025, Automotive News reports. The first will become available around 2020. All Genesis EVs will be designated models that will be based on a new EV platform, which is currently being developed.
autonews.com

Quadrupled: According to Chinese Industry Minister Miao Wei says the country wants to quadruple its production of electric and plug-in hybrid cars by 2020, essentially churning out 2m vehicles per year. Last year, some 517,000 BEVs and PHEVs rolled off production lines in there, while 100,000 chargers were installed – ten times as many as in 2015.
business-standard.com

VW plans in China: Leaked documents show that Volkswagen is planning to bring a total of eight electric and hybrid cars in China – four under the VW brand (e-Golf, Tiguan PHEV, Phideon PHEV and the VW I.D.), two Audis (A6L e-tron and Q6 e-tron quattro), and two as part of a joint venture with JAC. The latter will most likely be unveiled at the Shanghai Auto Show in April.
forbes.com

Paris fights air pollution: Paris now requires vehicles to sport a sticker in the windscreen, showing how much CO2 they emit. But not all vehicles can get one. Those older than 20 years are therefore banned from entering the city Monday through Friday from 8 a.m. to 8 p.m. Mayor Anne Hidalgo wants to ban all diesels from the city by 2020.
rfi.fr

Made for Thailand: The country’s first EV maker Vera has presented its first model. The Vera V1 BEV will be built by Geely and imported to Thailand. Range is estimated at 180 km, while the car will sell for around 28,000 dollars. The company hope to sell 100 units this year.
bangkokpost.com