Germany to double “Clean Air” fund: 500m euros were supposed to finance measures to improve air quality in Germany and thus to avoid diesel bans. Now the government decided to double this sum in order to enable e.g. cities to realise electric mobility concepts on a local level. One quarter of the 1 bn euros fund comes from the car industry. As reported, top executives of the German auto industry agreed with ministers and state leaders to cut NOx emissions also by updating the software of 5 million diesel cars.
usnews.com

Bosch to electrify India: The car supplier intends to kick-off production of EV components in the Asian country and thus to benefit from India’s predicted shift towards electric mobility (ban for diesel and petrol cars by 2030). Initially, the Germans obviously intend to focus at the electric scooter segment and to gradually use their know-how to target other emerging markets.
timesofindia.indiatimes.com, business-standard.com 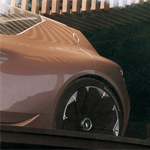 Renault presents new EV concept: Symbioz is the name of a new concept car that shows Renaults vision of an electric-powered, connected and autonomous vehicle for the future. Ahead of its official debut at the IAA, the company published now a teaser picture, but did not give any further details about the concept’s specifications.
europe.autonews.com, autocar.co.uk

Electric motorcycle made in the Netherlands: Start-up NXT Motors is keen to present its NXT One after successfully having raised 100.000 euros through crowd funding. The motorcycle is said to reach 100kph within 3 seconds and to come with a range of 200km. A prototype close to the upcoming serial model will be on display at the EICMA event in November, first deliveries shall follow before the year’s end. In the long term, NXT Motors targets an annual production output of 1.000 motorcycles.
technologicvehicles.com, nxtmotors.com