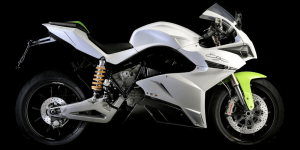 Electric motorcycle racing is getting hot as Energica becomes the exclusive partner for the electric Moto GP set to start in 2019.

As the Moto GP plans to add an electric racing series from 2019, it has appointed Energica as its sole electric motorbike supplier. The Italian firm will deliver a version of the Energica Ego adapted to racing conditions set out in the so-called FIM Moto-e World Cup.

The electric races will run along at least five Moto GP races and must adhere to similar standards. Ideally, the machines will have to last for ten laps at speeds of up to 200 kilometres per hour.

With Energica chosen as the sole supplier from four applicants, promoter Dorna follows the example set by the Formula E that also started out with only one manufacturer. Whether the Moto-e competition will be opened to other makers in successive seasons is unclear to date.