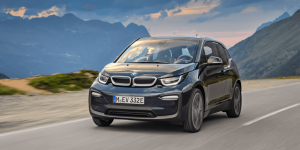 The Ecology Minister of France, Nicolas Hulot has been criticised after a disclosure of the wealth of Macron’s cabinet revealed him not only as a millionaire but as one with a liking for motorised vehicles of all kinds.

The former documentary maker turned environmental campaigner and ultimately minister in the government of President Emmanuel Macron owns no less than nine motorised vehicles. His private fleet includes 6 cars, a motorboat, motorcycle and a scooter.

Nonetheless he insists that it is just his private collection and that in real life he drives electric 95 percent of the time as he uses his own BMW i3 as well as an electric scooter and electrified cars from the ministerial carpark.

A very curious definition of a charging station