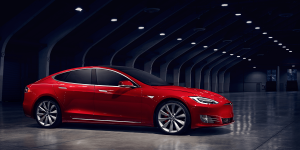 Two Tesla EVs were set ablaze in Amsterdam last week and it appears the arsonists targeted the Model S and Model X specifically.

To date, no arrests have been made but the Dutch police is treating the incidents as an act of anti-EV vandalism as other cars parked in the street were left unharmed.

One of the Tesla owner woke up and when he heard and saw his EV burning, managed to film the masked perpetrators. They then went on to set fire to another Model X parked on the same road.

The witness didn’t do anything, saying his insurance would cover for him and he suspected that the arsonists may defy the modern times.
It could be a social issue though as well. Although a Tesla is not a Mercedes or Porsche, the attack may point to luxury electric cars having become a new status symbol of “the” rich.