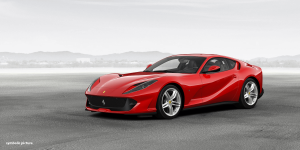 Ferrari is working on an electric sports car to finally fight Tesla. The electric Ferrari is due to hit the market before the Roadster, said FCA boss Sergio Marchionne.

The home of Italian luxury cars has taken its time to jump onto the electric drive train but Bloomberg now reports FCA CEO Marchionne saying: “If there is an electric supercar to be built, then Ferrari will be the first.” When and how he did not say.

But Marchionne added that “people are amazed at what Tesla did with a supercar: I’m not trying to minimize what Elon did but I think it’s doable by all of us.” One is tempted to reply, then do it.

However, Marchionne has been anything but a fan of electrification so far as he doubts its business case. However, it appears as if the FCA executive has had a change of mind and said ahead of the show in Detroit that he believes more than half of all cars sold by 2025 will be electrified.

His own house is to start with a hybrid model first as recently Marchionne had to admit that policies across the EU can even force an exclusive carmaker such as Ferrari to decrease their emissions.