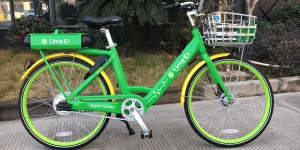 The Californian bike-sharing startup LimeBike, which already holds approximately 3,000 bicycles in Seattle, will be starting roll-out of their first 500 pedal electric bikes, which they will be calling Lime-E.

As a long term goal, the company aims to have about 40% of their bicycles in the greater Seattle area running with electrical support. LimeBike also announced at the CES, that they would be introducing their pedal electric bikes to their fleets in Miami, San Francisco and Seattle this year.

LimeBike is also planning to enter the European market, starting in Frankfurt am Main and Zurich, however this would be with unmotorized bicycles at first. A 30 minute ride will cost 1 euro, which is cheap compared to the USA, where a ride costs one dollar to unlock the bicycle, and another dollar for every ten minutes of use. Rebates will be offered for eligible users on the unmotorized bikes.