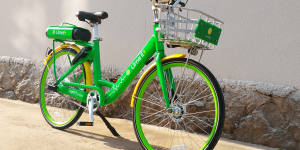 Californian bike sharing start-up LimeBike announced at CES to integrate 4,000 to 5,000 pedelecs into its fleets in San Francisco, Seattle and Miami. Soon after, the company wants to tackle the European market.

Thus, LimeBike plans to bring fleets to Frankfurt, Germany and Zurich, Switzerland – however initially non-motorized ones.

The pedelec’s electric motor supports cyclists to reach a speed of up to 25 km/h. Instead of installing fixed charging stations, LimeBike intends to rely on a mobile team that is swapping the batteries. Information about the bikes such as location and battery capacity are transmitted via GPS and internet.
cnet.com, engadget.com

Pragma to offer more H2 pedelecs for a lower price