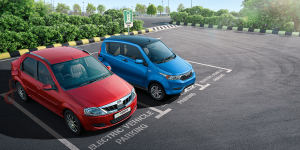 Mahindra has announced that they plan to invest another 9 billion rupees, or about 113 million euros, into the expansion of their EV manufacturing capabilities. Over the next four to five years, output is to increase more than tenfold.

The plan foresees gradually raising production quotas from the current 400 EVs to 5,000 electric vehicles per month. Mahindra has set several milestones, starting with 1,500 EVs , including trikes to be produced in September 2019, with an massive upgrade to 4,000 vehicles by December 2019.

The investment plan basically is to split the sum between the two Indian states, Karnataka (4 billion rupees) and Maharashtra (5 billion). The parts for the vehicles will mostly be manufactured in India, with exception of the batteries, which will be imported.

When interviewed by the Economic Times, Mahindra’s CEO Pawan Goenka said they planned to use the money to improve “capacity, technology and products.” He added that they would not be “waiting for any policy to move forward.” The current market share of EVs in India is around 0.04%.

Still, Mahindra does list the continuation of state subsidies as framework condition for them to expand their manufacturing capacities as planned. The last statement had concluded that the manufacturer was planning to raise their production quotas up to 3,000 vehicles per month in the next two years, so this latest update represents a jump in scope.

In January, Mahindra also released an extensive electrification strategy as it plans to offer an electric alternative for almost all of its combustion models. The plans include adding to the existing lineup of eVerito and e20 EVs, by creating electric versions of their Bolero, XUV and TUV vehicles. The KUV 100 is scheduled to be available some time this year, while the Scorpio will be available with an electric motor as of 2019.

At the Auto Expo Mahindra also gave a sneak peek into their Mahindra Electric Scalable Modular Architecture (MESMA), which will serve as a basis for a whole new range of EVs. The first of these modular vehicles is planned to be released in about 3 years.