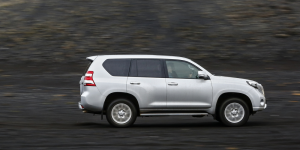 Toyota announced that it will discontinue selling diesel passenger cars in Europe with making first steps towards this objective before the year’s end. First example is the new Auris that is going to be launched solely as hybrid and petrol version.

Toyota is the most successful manufacturer of hybrid cars worldwide and of course also in Europe. In 2017, the Japanese carmaker sold 406,000 hybrid vehicles in Europe, a share of 41 percent of total car sales and a rise by 38 percent compared with the previous year.

In contrast, diesel cars just accounted for less than ten percent of Toyota’s passenger car sales in Europe. Thus, saying goodbye is not that difficult. In contrary, it is rather a logic step as sales of diesel cars in Europe are anyway declining due to scandals and impending diesel bans. However, for heavy utility vehicles such as Hilux, Proace and Land Cruiser, Toyota will continue to offer diesel engines.

Meanwhile Toyota used the spotlights of the Geneva Motor Show to give some details about the third-gen Auris. The model is going to hit the stores with three different motor versions – among them two hybrid powertrains. One is powered by a 1.8-litre hybrid system with 100 kW, the other by a 2.0-litre hybrid system with 132 kW designed for the new TNGA platform (Toyota New Global Architecture).
europe.autonews.com, newsroom.toyota.eu