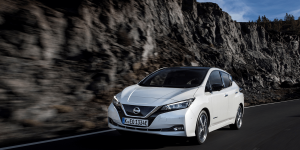 The city car fleet of the Canadian city Montreal will be joined by 100 Nissan Leaf of the most recent generation in the coming weeks. The city currently maintains 129 fully electric vehicles in its fleet, among which are 107 first-generation Nissan Leaf.

Since the first generation of the Leaf was released on the Canadian market, about half of its sales can be attributed to the province of Quebec, where Montreal is of course located.