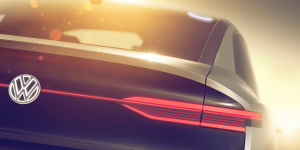 According to a VW manager, Volkswagen is ready to sign a major cooperation agreement with Uber’s equivalent in China, Didi Chuxing. Furthermore, VW subsidiary Electrify America has a new managing director.

Reuters cited an unidentified VW manager saying the German car manufacturer would be taking over the management of 100,000 vehicles for Didi Chuxing, two thirds of which are made by VW. Apparently, VW would provide the Didi with a specially designed vehicle model, built to the needs of ride-share operations.

If the deal gets signed, Volkswagen would join other major carmakers ready to cooperate with the Chinese ride sharing firm. Didi Chuxing is banking on electrified vehicles and wants to integrate a whopping 10 million EVs into their fleet by 2028, as well as the first million by 2020.

At the same time, news was broken that VW’s subsidiary Electrify America is under leadership for the pending charging infrastructure offensive. The previous CEO Mark McNabb is being replaced by Giovanni Palazzo. McNabb had decided to leave. He had held responsibility since the founding of the company in February 2017. The subsidiary company was started to help coordinate the national grid construction for charging infrastructure in the USA for 2 billion dollars; a result of the diesel-gate emissions manipulation scandal. Palazzo has been a manager at Volkswagen since 2011. Most recently he worked in the E-Mobility Business – Group Strategy unit for the entire corporation.

Ford and Zoyte to form JV for EV ride-hailing service