The vehicle looks like a symbiosis between a plane and a helicopter and has four rotors to provide enough lift for the flight, as well as a fifth rotor to propel the vehicle forward. The air taxis are designed to travel between 300 and 600m in height and will be piloted by a human at first. For the long term, Uber is considering setting up an autonomous air taxi fleet.

Even before this point, Uber had been toying with a concept flying car that could transport 4 passengers up to 320 km/h.

In the long term, Uber wants to set up an entire urban aerial transport network, which they call Uber Elevate, which will use electrified aircraft in Los Angeles, Dallas and Dubai for the first test locations as of 2020. Three years later, the plan sees the commercial start of the venture.

As a partner, so fat the helicopter manufacturer Bell and the aircraft manufacturer EmbraerX are on board. Daimler’s pet project ChargePoint will be providing the charging stations for the vertical landing and takeoff vehicles. 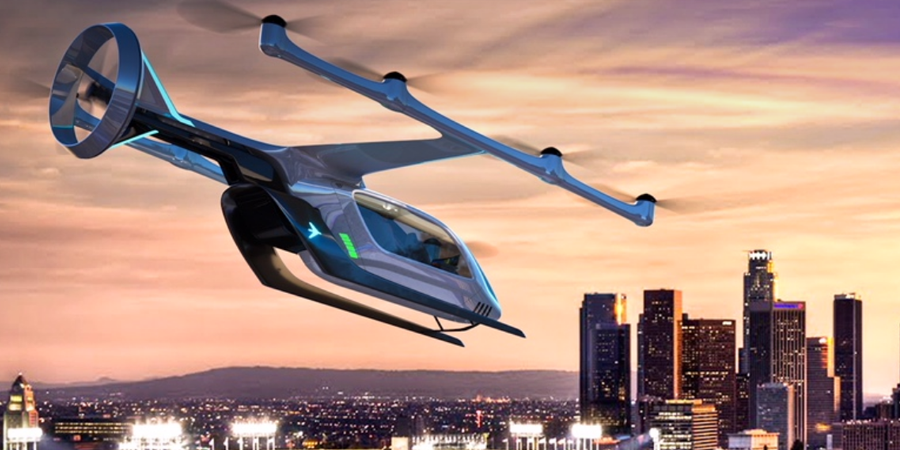 The cooperation partner EmbraerX also presented their first electric VTOL concept at the same conference. Technical details were not mentioned though.