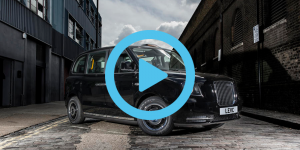 London’s cabbies are famous for having to memorise over 20,000 addresses but also their resistance to stress but it looks like their wellbeing could further improve once they switch to electric vehicles. A move the city of London enforces anyway.

LEVC, maker of the electric black cab, now commissioned York University to monitor brain activity in both drivers of diesel and those in electric taxis. The result: those driving the electric cab were more focused, relaxed and happier.