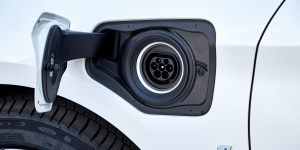 As “EV” has occasionally been used to cover both all-electric vehicles as well as plug-in hybrids, a British study has shown that consumers are confused by the two. About one third of the queried people stated that they would not buy a hybrid and claimed range anxiety as being the reason.

The poll questioned 1,000 drivers on their attitudes towards different fuel types, but revealed some confused consumer attitudes instead. While interest towards EVs and PHEVs in general is growing, the study revealed that “Potential hybrid buyers are confused by the technology and are being deterred by [perceived] barriers,” according to Tom Simpson, managing director of Simpson Carpenter.

Simpson Carpenter is the survey research advisor who helped Autocar complete and analyze the survey. Other notable results included that 24% of consumers stated they have a desire to purchase an EV as their next car, which is considerably higher than what the market shows, where alternative energy vehicles made up 5.1% of new sales of Q1 2018. The number is a notable increase from last year’s survey, which had about 17% of consumers interested in purchasing an EV.

Aside from the confusion surrounding hybrids and battery-electric vehicles, another notable factor was the decrease of interest in diesel. While the autocar report cites “demonisation of diesel” as a reason for the decreasing interest, their own results mainly point to economic reasons for dropping interest, as drivers are worried about resale value. The number of drivers who declined to drive a diesel due to environmental reasons has remained virtually unaffected since last year at 74%.

While this does not bode well for the future of diesel, it is also notable that the UK market has not caught up with the popular attitudes of its consumers, leaving plenty of room for growth in e-mobility over the next years.

EV charging is for babies