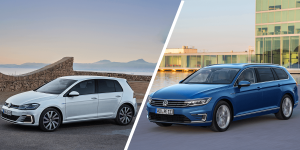 After reports in mid-April regarding a halt on plug-in hybrid Golf and Passat GTE models in the UK, Volkswagen has now confirmed that due to popular demand, a halt has been placed on orders from Germany as well.

In an interview with electrive.net, a VW spokesperson confirmed that orders for the two models are so high in Germany, that they are already dealing with delivery delays as well as having sold out within the country.

The good news is that all current orders will be valued and the cars will be delivered. The electric models e-Golf and e-up! are also still available for order.

The reason that the order stop was put in place was to make time for an adjustment to the WLTP system. For this reason, the Golf GTE will return to the VW portfolio, before it will be re-opened for further orders.

Honda and CATL create EV based on Honda Fit