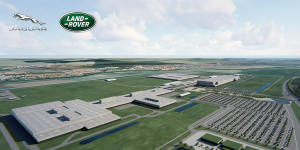 Stadler did say however, that JLR plans to ready all their production hubs once the new architecture arrives. He denied any plans for a platform exclusive to electric models though, saying it would be “irresponsible” for a small manufacturer as long as it remains unclear, which technology will become dominant in future.

While he did not give a timeline for the multi-model architecture, he said it would arrive in “the near future” in the interview with Automobil Produktion.

Speaking about their facility in Nitra, Slovakia, where production of the Land Rover Discovery is to start this autumn, he said the factory is already able to produce both ICE as well as plug-in hybrid vehicles. He added that including an all-electric drive would also be possible without having to made changes to the chassis.