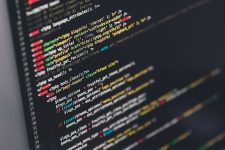 For a brief moment, tens of thousands of documents from major automobile manufacturers, including industry secrets, were openly available online. The leaks affected VW, Toyota, GM, Ford and Tesla.

Whether anybody took advantage of the leak is still unclear. The security researcher who found the tens of thousands of sensitive corporate documents said that it included material from more than 100 companies that had interacted with a small Canadian company, Level One Robotics and Controls.

“That was a big red flag,” said Chris Vickery, the researcher who found the data. “If you see NDAs, you know right away that you’ve found something that’s not supposed to be publicly available.”