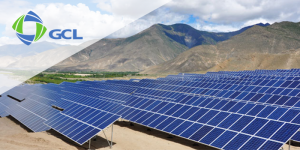 One of China’s largest producer of solar power, GCL, is looking to tap into the new energy vehicle business as they want EV manufacturers to set up shop close to their new production base in an eco-town. The initiative is an attempt to get ahead of an ever more crowded industry.

GCL is currently building a 5 billion yuan solar production base. The construction in a new “eco-town” at Jurong near the city of Nanjing will also involve building solar-powered residences, warehouses and public amenities.

But the town’s 2-gigawatt solar panel production line will go into operation this year, at a time when China’s solar industry is struggling with overcapacity, weak demand and frictions.

That is why GCL is reaching out to new energy vehicle manufacturers to build facilities and production lines around their new base. Reuters quotes Tang Yanzhe, the head of the Jurong project, saying: “Our investment figures are very conservative and if the car firms come, it is a long industrial chain and many supporting factories will also come.”

Jurong is part of a “special town” scheme launched by Jiangsu in order to encourage investment in strategic sectors. Solar power used to be one of them but after generation capacity rose by a record 53 GW in 2017, the government in Beijing has put the brakes on new installations this year. GCL will thus put only half its new capacity into operation in 2018 so production does not expand too quickly.

Moreover, GLC is exploring alternative models and aims to produce lower-cost batteries that can be rented out to drivers and eventually recycled for use in stationary energy storage. In terms of vehicles, the firm’s focus is on public transport and deliveries.