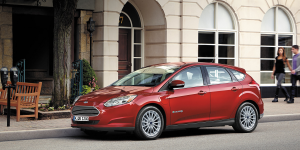 Ford has begun the recall action for their 120 volt charging cables sold with nearly all of their hybrids and electric vehicles up to 2015. The recall has been ordered due to overheating issues, after it was found that the cables can even start fires under certain conditions.

After 2015, the charging cables included a thermistor, which can stop the charging process if the cable is deemed too hot. The prior version did not include the safety measure. All of the old cables will be replaced free of charge for the customers. Ford’s recall message also included a reminder to ensure that the cars are being charged on a dedicated circuit, which should not be damaged in any way. Furthermore, the use of extension cords is strongly discouraged as the thermistor cannot detect temperatures there, which could lead to the afore-mentioned overheating even with the new cables.

Japan and China team up for high power chargers