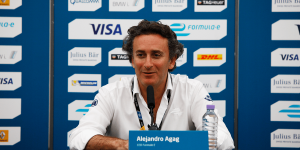 The racing series could start as early as December 2020, but official details have not been named yet. According to Formula E CEO Alejandro Agag, the project is still in it’s early stages. The person responsible for organizing the race is Gil de Ferran.

Manufacturers are being attracted with a concession to individual design options. The chassis is still predetermined by the organizers, however motors and some body work options are up to the racing teams, as long as the silhouette design resembles their road-going models.

When Agag was asked about his thoughts on electric SUVs, he succinctly explained the reasoning behind his choice for the new racing series: “SUV is the name of the game – that’s where the big manufacturers are going and that’s where I think this will be.”